The initial public offering (IPO) issued by Balephi Hydropower Limited to the public has been published the result on Tuesday morning. The shares were distributed at the office of Global IME Capital, the company's share issue and sale manager, on Tuesday morning.

As more applications were received for the shares issued by the Balephi Hydropower than the demand, the securities have been distributed as per the issuance and distribution guidelines. Accordingly, out of the eligible applicants, 1,66,345 people have received shares by distributing shares at the rate of at least 10 lots through a round-robin.

Out of that, the remaining three lots of shares have been distributed to the three lucky ones at the rate of one lot each. Accordingly, the maximum recipients have received up to 11 shares.

The shares issued by Balephi Hydropower will be distributed in accordance with the Securities Issuance and Distribution Directive as there are more applications than demanded. Accordingly, only 1,66,345 people will get shares by distributing shares at the rate of at least 10 units through a round-robin.

How to Check IPO Result of Balephi Hydropower Limited:

Learn How to Check IPO result /allotment in Nepal. Learn the fastest and easiest way to check all companies' IPO results in Nepal. Follow a few steps to check an IPO result.

You have to follow the following instructions to check the IPO result of Balephi Hydropower Limited from the MeroShare (CDSC) website: iporesult.cdsc.com.np

Step 2: You will view this type of interface on your device. 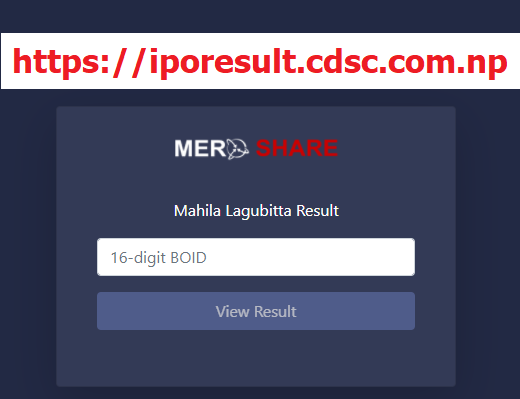 Finally, you will get the result message on the interface.

(Note: The IPO result will be shown after the share allotment and upload data on the server, it will take a few hours after the announcement) 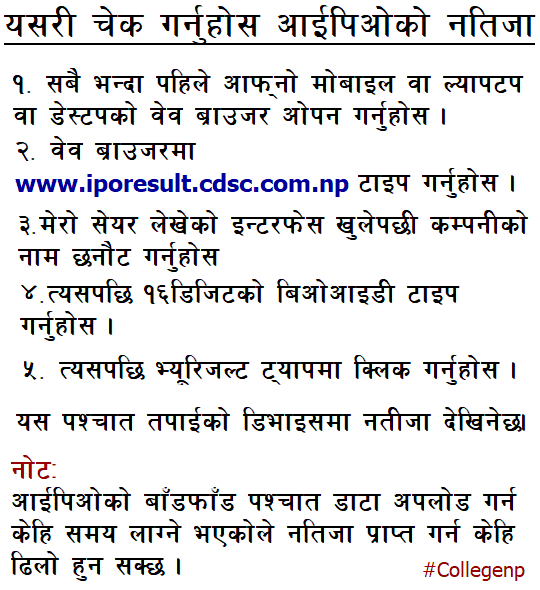 Other Ways to Check IPO Result of Balephi Hydropower Limited: