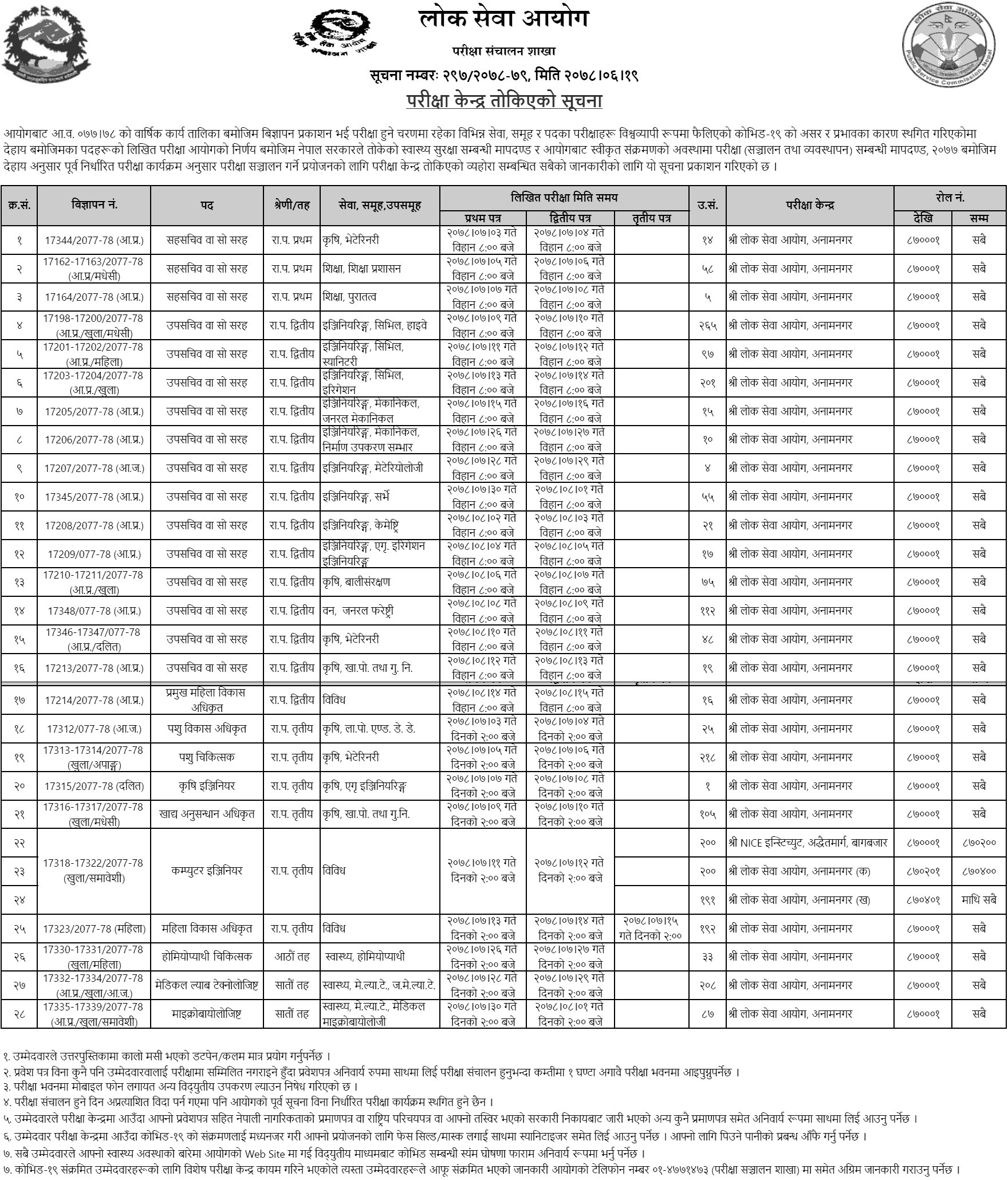 As per the order of submission issued by the esteemed Supreme Court on 2078-5-20, the following promotional notices of Gazetted First Class posts of Nepal Agricultural Service have been canceled by the decision of the Commission dated 2078-06-14.

As per the order issued by the esteemed Supreme Court, on the basis of Article 10 of the Public Service Commission (Operation) Directive, 2067, the following groups and categories of posts in the Nepal Agricultural Service have to be promoted and filled through internal competitive examination; As per the annual work schedule of the Commission for FY 2077/78, applications have been invited from eligible candidates within the period of the advertisement published on 2077-06-28.