Jiri is known as the Zurich of Nepal. Compared to Zurich of Switzerland, Jiri has been given the title of Switzerland of Nepal. Known as a tourist and business center, Jiri Municipality is well-known for its lush greenery, beautiful waterfalls, and rural surroundings. In the past, when there was no air transport facility, it was also called the gateway to Mt. Everest as tourists used to travel from here to Mt. Everest.

Among the newly formed municipalities in the Dolakha district, the Jiri municipality is one of the most promising municipalities. In addition, conscious political parties and motivated city dwellers are also a source of sustainable development for the municipality. According to the 2011 AD census, the population of the municipality is 15,515 of which 8,347 are female (53.97 percent) and 7,141 are male (46.03 percent). This municipality is inhabited by people of different castes and religions. According to the National Census 2068, the highest number is 4,366 (28.14%), followed by Jirel 3,360 (21.66%) and Sherpa 2,792 (18%). Others are living. Agribusiness has the largest share in the average family income and other sources of income for the locals are a small business, small industry, service business, job. In addition, foreign employment is one of the alternatives. Looking for alternatives to the traditional agro-business, the people here are gradually enjoying the modern agro-system and lifestyle. The number of local manpower going abroad for wages and studies is increasing.

This municipality has community and institutional educational institutions providing basic to higher education. There are 19 primary schools, 3 basic schools, 5 community schools (grades 1-10), and 8 community and 3 institutional schools in the municipality. Similarly, there are two secondary schools running at 1-12 level. The town has 1 campus, 2 religious schools, and 3 community learning centers. Apart from the local students of this municipality, other neighboring villages/municipalities also come for the study. The technical school in the Jiri municipality is the focal point of the educational sector. Although most of the houses have been electrified, some of the marginalized people have not been able to access electricity. Due to the difficulty in the implementation of the planned development program and the difficulty in the necessary financial management, the expected development of this municipal area does not seem to be possible. Different festivals are celebrated in this region where people of different communities and castes live. Dashain, Tihar, Lhosar, Ram Navami, Holi, Shivaratri, Krishna Janmashtami, Raksha Bandhan, Chhath Parva, Vivah Panchami, etc. are the major festivals here. 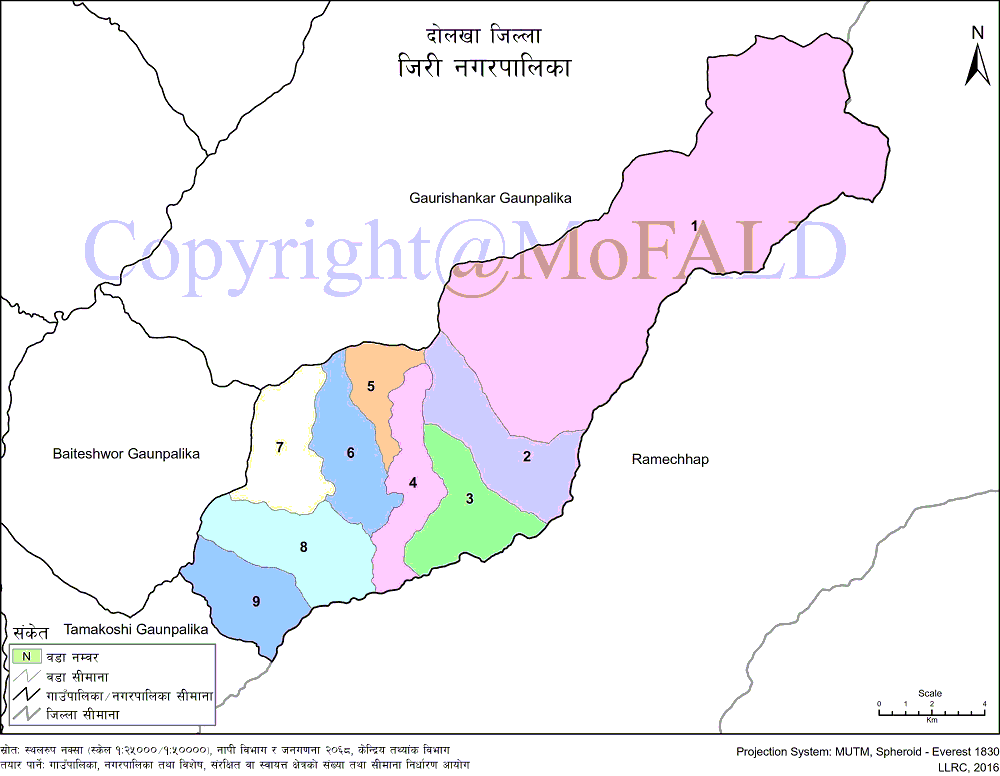