Kalinchowk Rural Municipality (कालिञ्चोक गाउँपालिका, दोलखा) of Dolakha District under Bagmati Pradesh is a geographical and administrative unit established in accordance with Article 295 (3) of the Constitution of Nepal. Named after the famous religious and tourist site of Dolakha district, Kalinchok Bhagwati, this Gaupalika has a total of 9 wards. It is bounded on the east by Gaurishankar Rural Municipality, on the west by Sindhupalchok District, on the north by the Bigu Rural Municipality and on the south by Bhimeshwar Municipality of the same district.

This Gaupalika has been established by transforming the six former VDCs (Kalinchok, Lapilang, Babare, Sunkhani, Lamidada, and Sundravati) by redefining the local level in the state restructuring under the federal system of government of Nepal. 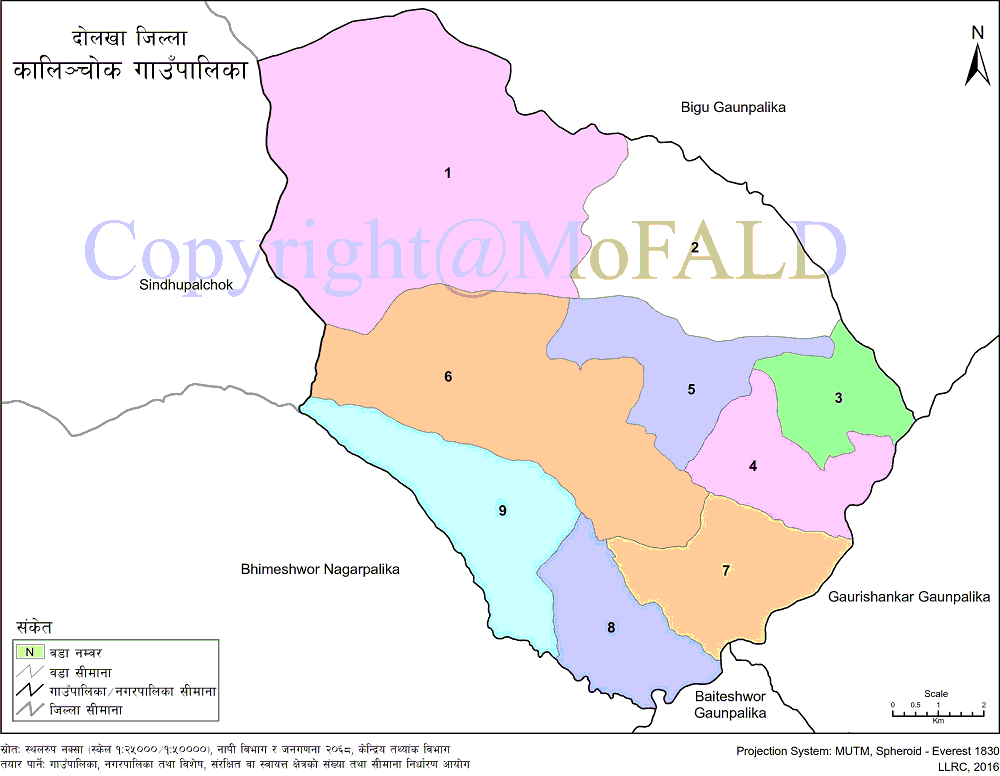