Nepal Television (NTV) was Started in January 1985 with few hours of transmission. Now serves over 72 percent of the population with terrestrial reach over 50 percent of the landmass in Nepal. Central office and the only mother station in the capital city Kathmandu, 19 transmitting relay stations across the country, NTV is the only channel in the access of bulk of the rural population as they can watch it by using simple antennas free of cost. NTV, NTV Plus, NTV News and NTV Kohalpur, NTV Itahari can also be watched across the world through satellite. 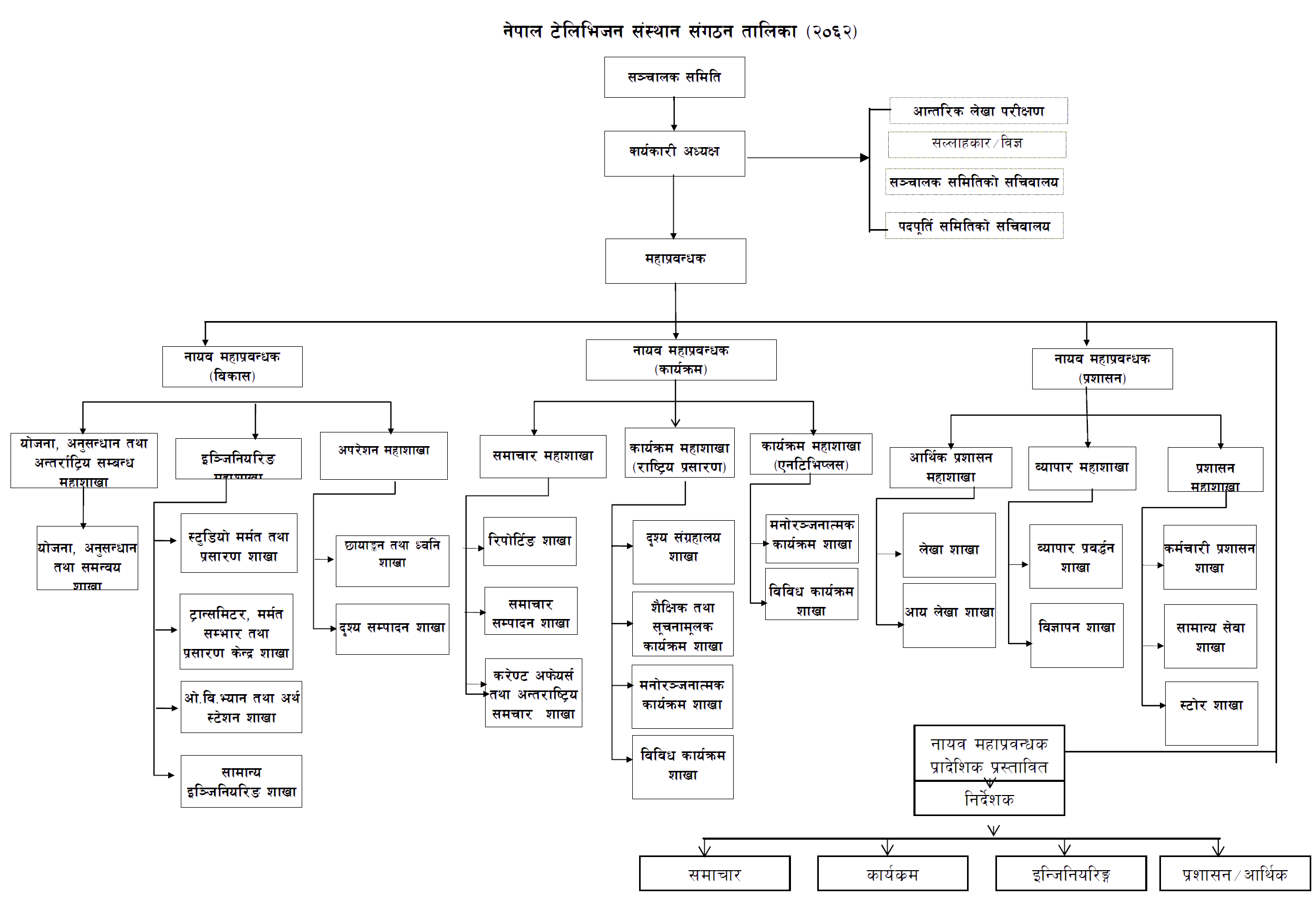