Among the candidates appearing in the written examination conducted in the following advertisement of Province Public Service Commission, Karnali Province, Birindranagar, Surkhet; In alphabetical order, the candidates with the following roll numbers, and names have passed and have been selected for the interview. This notice is published for the information of all concerned.

The selected candidates should appear at the office of the commission one day before the scheduled date of the interview with 2 copies of passport-size photographs, 212 copies of the certificates they have received, 2/2 copies of the first page of the application form, and 1 copy of the third page of the admission form and submit the documents. When coming for the interview, the candidate should bring his Nepali citizenship, complete certificates of educational qualification, and admit card with him and present at the office 1 (one) hour before the time of the interview. Even if there is a public holiday on the day of the interview, the scheduled program will continue as usual. 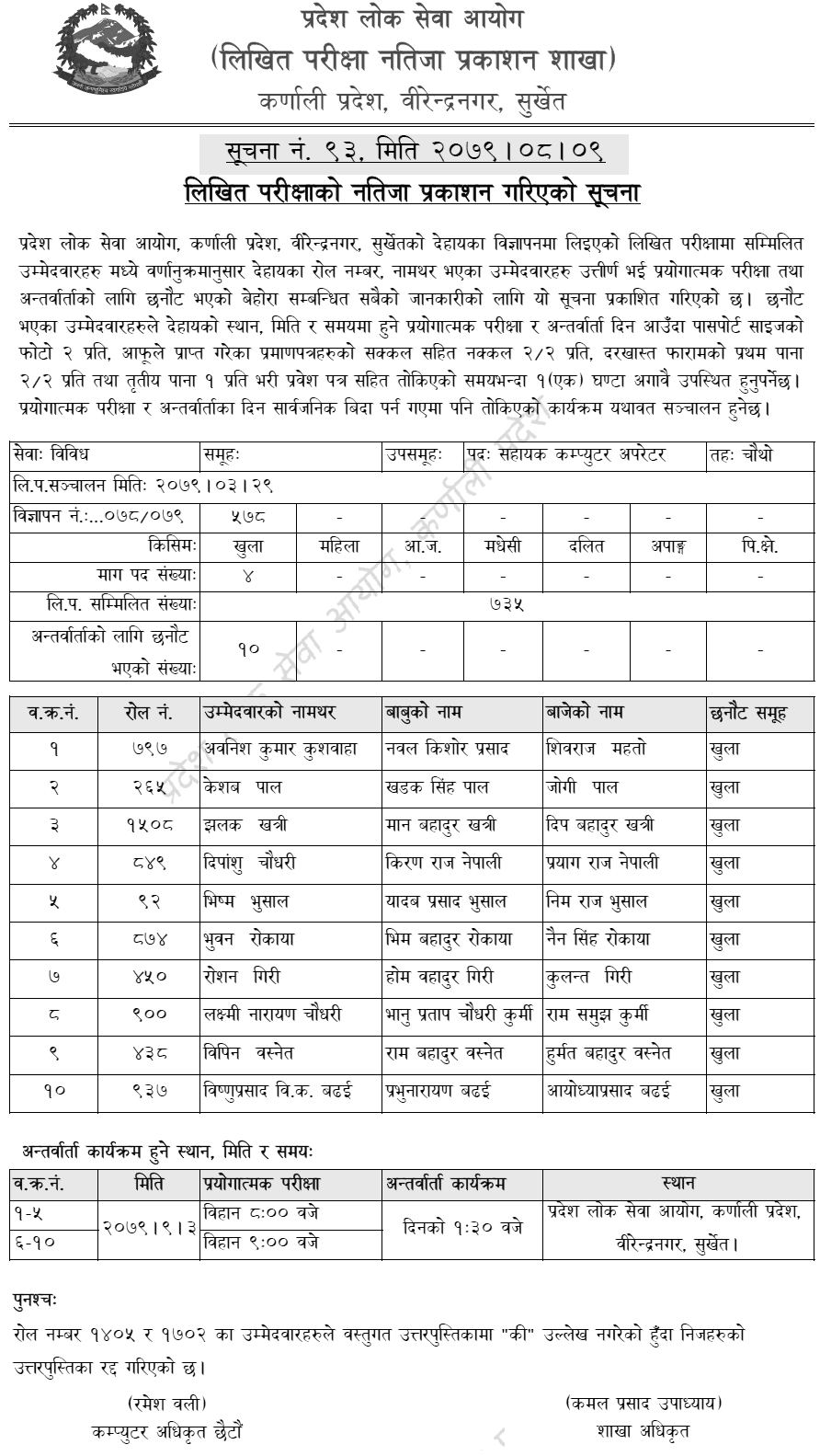