Notice regarding the postponement of the written examination program of Nepal Television: Nepal Television's written examination program canceled internal, open, and inclusive advertisements scheduled to be conducted from 2079-4-30th to 2079-5-14th until a further order is issued by the honorable Supreme Court on 2079-04-23. A short-term interim order has been received stating that the examination programs have been postponed according to the decision of the Commission (Mr. Chairmanship level) dated 26-04-2079; This notice is published for the information of all concerned. 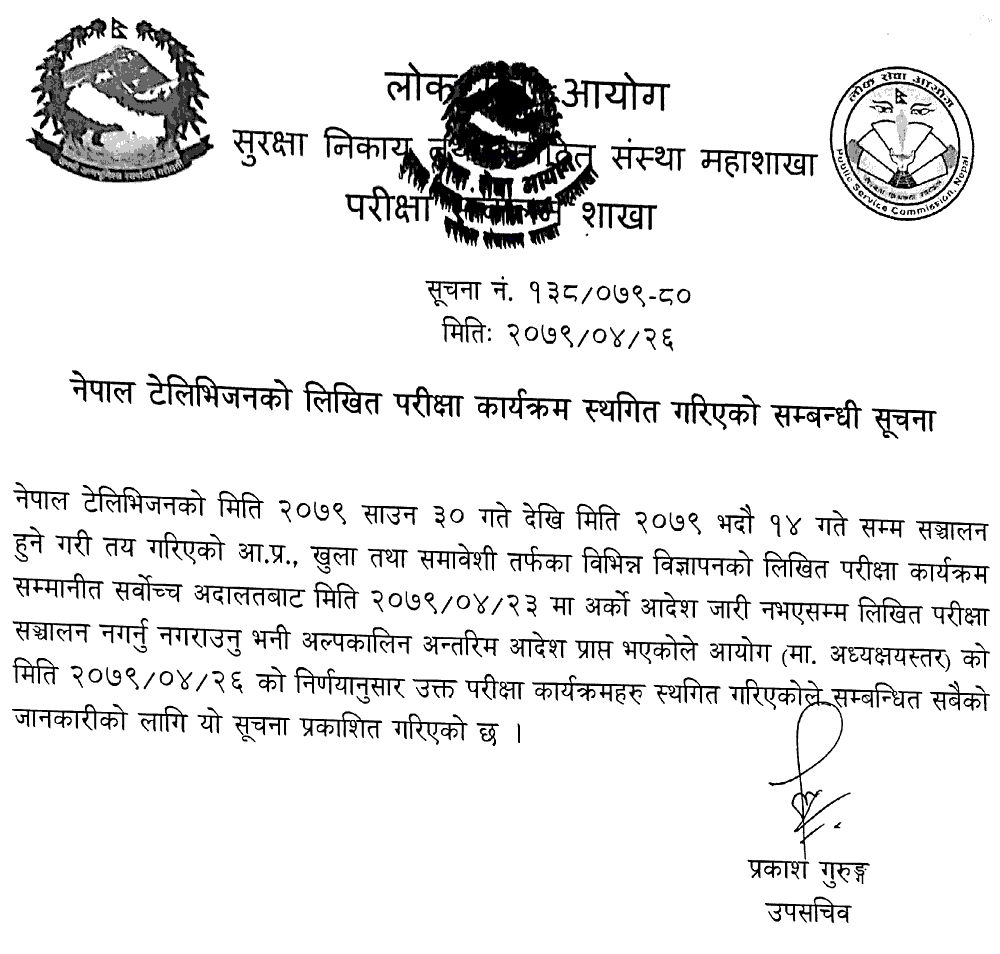