Bagmati Pradesh Lok Sewa Aayog Final Result and Sifaris of Staff Nurse: Province Public Service Commission (PPSC), Bagmati Province Advertisement No. 514/078-79 (Open), (Local Level) and Advertisement No. 544/078-79 (Open), the written test and total score of the candidates who appeared in the interview held on 2079-05-18 and 19-2079 for the post of assistant level fifth level (technical), health service, general nursing group, staff nurse As per the decision dated 2079-06-04, as per the decision of 2079-06-04, the following office has been recommended for permanent appointment. This notice is published for the information of all concerned. 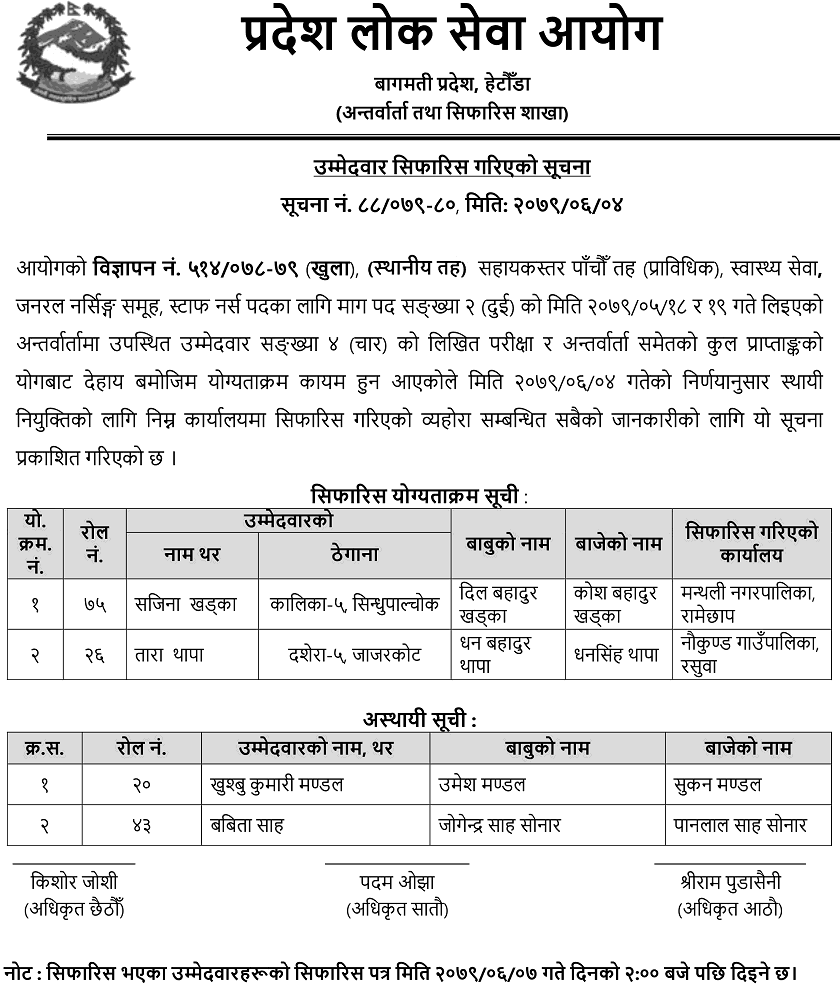