Province Public Service Commission, Gandaki Province, Pokhara Advertisement No. 154/078-79 (Open), Health Service, Pharmacy Group, Officer Level Seventh Level, Demand for the post of Pharmacy Officer (Technical) for post number 1 (one) dated 2079-04- Based on the average marks of the written test, collective test and interview of the 3 candidates present in the collective test and interview held on 20th, the following merit order has been established.

It has been decided on the date 2079-04-20 to recommend to the Chief Minister and Council of Ministers Office, Gandaki Province, Pokhara for permanent appointment. This notice is published for the information of all concerned. 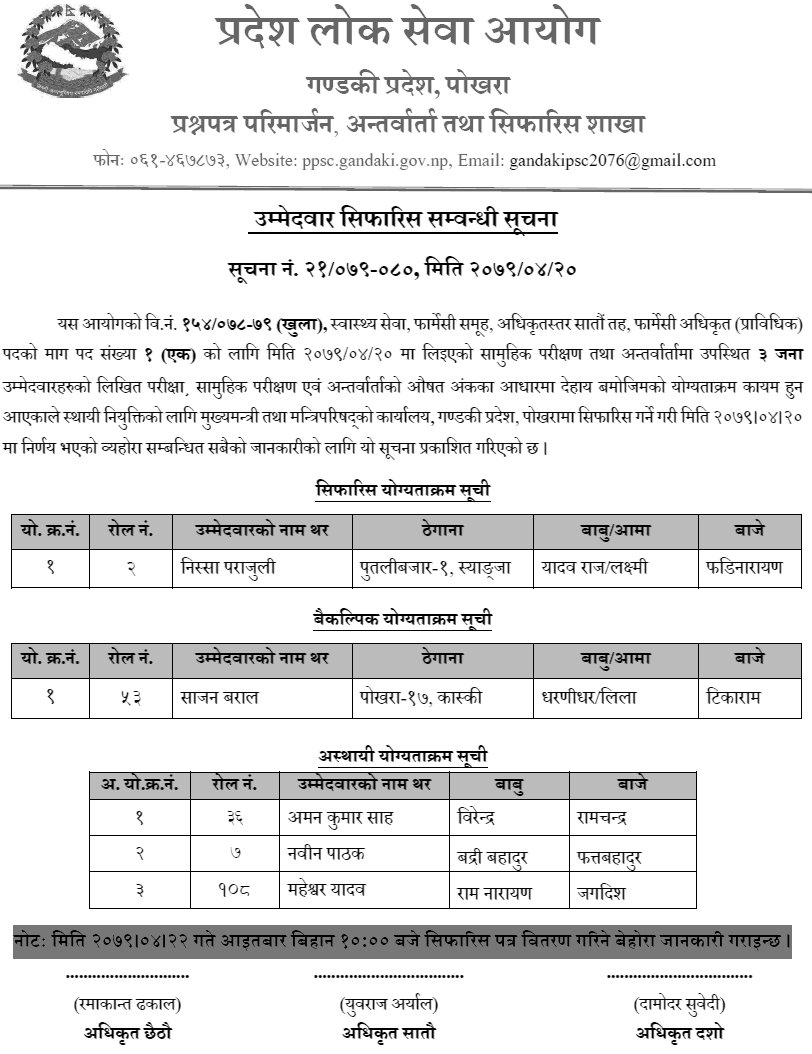