Gandaki Pradesh Lok Sewa Aayog Final Result and Sifaris of Consultant Radiologist: Province Public Service Commission, Gandaki Province, Pokhara Advertisement No. 179/078-79 (Open), Health Service, Radiology Group, Ninth Level, Consultant Radiologist Post Demand for Post No. 1 (One) in Interview Dated 05-24-2079 Based on the marks of written examination and interview of 1 (one) candidates present, the following ranking order has been established; Whereas it was decided on 2079-05-24 to recommend to the Office of the Chief Minister and Council of Ministers, Gandaki Province, Pokhara for permanent appointment; This notice is published for the information of all concerned. 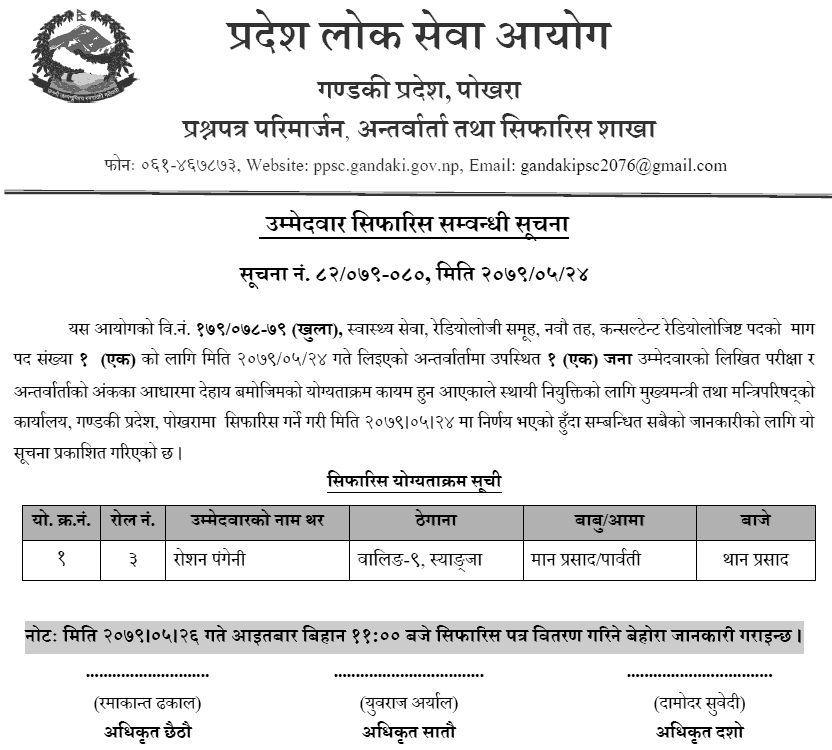