As the post is vacant, the office of the Municipal Executive, Galkot, has been removed from the merit list of the recommendation list to recommend the candidate on the alternative list in its place, as written from the letter of Chalani Number 103 (Health) of Baglung dated 2079-02-30.

This information has been published for the information of all concerned as per the decision dated 2079-03-02 to recommend the following candidates for the permanent appointment in the post to be filled. 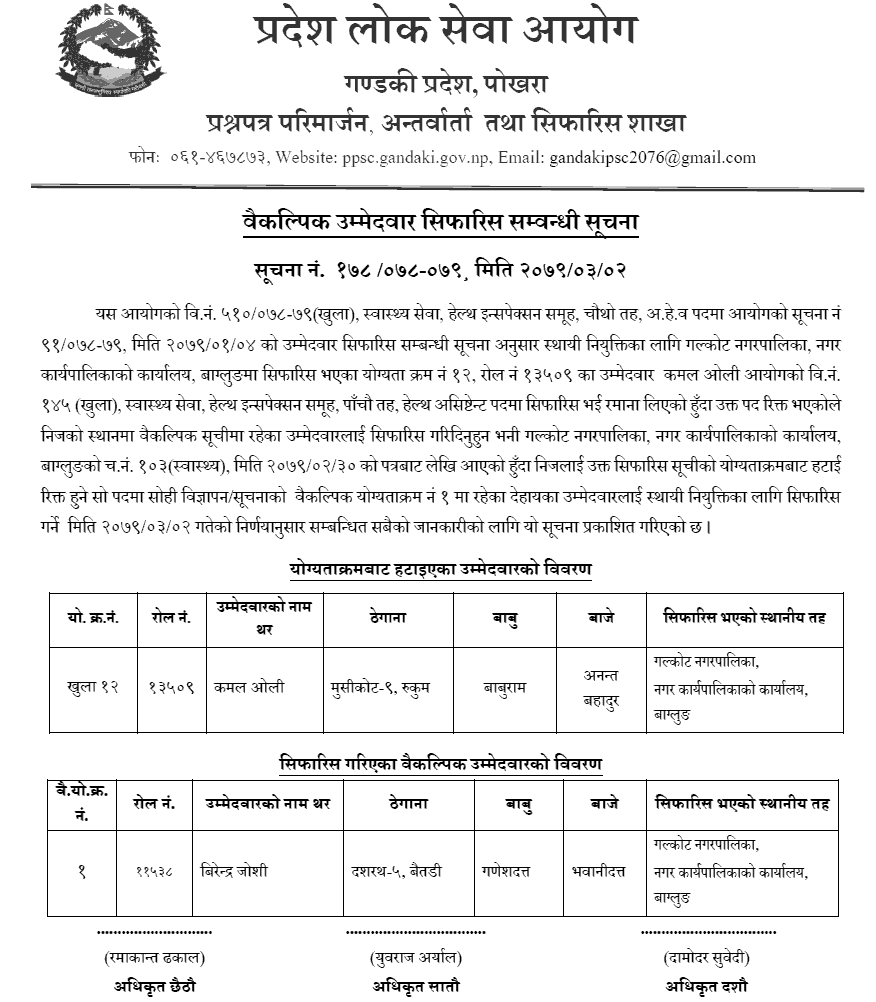