Province Public Service Commission, Gandaki Province Advertisement No. 523/078-79 (Madheshi), Engineering Service, Civil Group, 4th Level, Commission Notice No. 123/078-79, dated 2079-02-04 for the post of Assistant Sub-Engineer. According to the recommendation notification, candidates for permanent appointment and advertisement no. 533-537/078-079 (open and inclusive), engineering service, civil group, fifth level, sub-engineer post, and also received a permanent appointment from the relevant local level; Since it was decided on date 2079-05-06 to recommend the following three (3) candidates for permanent appointment to the following three (3) candidates in the alternative qualification order of the same advertisement/notification for the position that will be vacant by removing them from the merit order of the said recommendation list; This notice is published for the information of all concerned 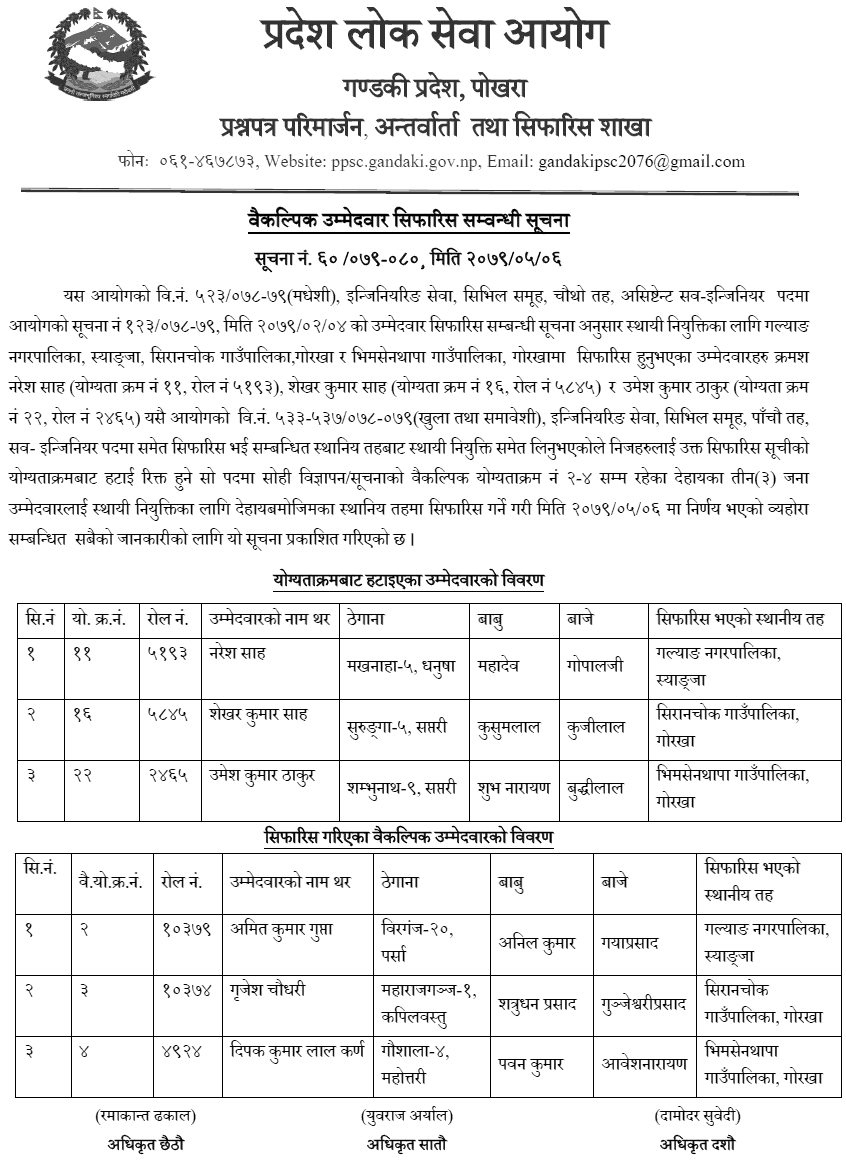