Patan Multiple Campus is one of the most popular constituent campus of Tribhuvan University. It occupied about 27,296 sq m area. The campus is situated at Patan Dhoka, Lalitpur of Nepal which is also known as the city of Newar community.

Patan Multiple Campus is a constituent campus of Tribhuvan University, it offers both Bachelors's and Masters's programs in the faculties of Humanities and social sciences, Faculty of Management, and Faculty of Science.

when is the deadline for addmission of bbs?

Can you plz tell me how can I cancel my admission of BBA? plz help me . 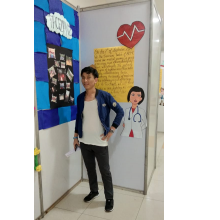 Please kind get me the syllabus for B.A. second year.

Cosmos College of Management and Technology

Ritz College of Engineering and Management