Ratna Rajya Laxmi Campus (RR Campus) was established on 4 Bhadra, 2018 BS (20 August 1961 AD) as a public campus located in Exhibition Road, Kathmandu, Nepal. Initially, the RR campus was named Ratna Rajyalaxmi Girls’ College. It occupies about 8 Ropanis of land, the Exhibition Road to the East, Adwaitmarga to the West, and Kathmandu Model Hospital to the North, and Law Campus to the south.

Those days, classes were conducted in the morning shift only. It offered Intermediate of Arts Courses with various majors of Humanities and Social Sciences. The higher caste families’ girls of Kathmandu valley received an education. During the time of Girls’ College, it upgraded to BA level in 2021 BS. The location of the college was shifted from Putali Sadak to Pradarsani Marga in 2024 BS, where it permanently stands proudly up to this date catering invaluable knowledge in various fields of Humanities and Social Sciences. Since 2024 B.S., Ratna Rajyalaxmi Girls’ College was affiliated with Tribhuvan University. In 2025, it became multiple colleges as it added up management programs in it along with humanities courses. It ran a Management program up to 2030 BS.

The RR Campus offered BA level programs of all subjects that it offered in IA since 2038 BS only in the morning shift in the beginning. Similarly, RR Campus provided BA-level courses in all three shifts up to the 2072 BS academic session. It has slashed its evening shift BA program since 2073. Now, it is running BA programs only in two shifts, i.e. in the morning and day shifts.

The prominent wooing factor of this Campus is its location. Housing the Central Department of Journalism and Mass Communication within the same compound is another prolific feature of RR Campus, which defines it too. Now, RR Campus has become a choice or priority for many students from all walks of people, who seek quality education under Humanities and Social Sciences. Academic excellence is the inescapable feature of this campus. RR Campus has preserved its long-standing quality and upheld the prestige of the Humanities and Social Sciences Department of TU.

In fact, RR Campus has passed through progress by facing different fluctuations of political power from Panchayat Regime to the present changing situation by accepting every positive change in the nation. RR Campus is still in way of the progress of higher-level education by providing different subjects in Humanities and Social Sciences sector.

Similarly, RR Campus has been offering the last batch of Annual System of Master’s Degree as well as Semester courses in seven subjects: Nepali, English, Economics, Population Studies, Sociology, Anthropology and Journalism, and Mass Communication. Similarly, it is offering Master’s Degree semester courses in Nepali, English, Economics, Population Studies, Sociology and Journalism, and Communication courses from this year. RR Campus was planning to run the First Semester Master’s Degree Courses of Anthropology, but less than 10 students filled the form in the Dean’s Office of Faculty of Humanities and Social Sciences (FOHSS) by the last of Baishakh 2074 BS.

The other programs like MA in Political Science, Bachelor’s in Computer Application (BCA), M. Phil in English are in the pipeline. There are more than 7 thousand students enrolled in the morning, day, and evening shifts at different levels on this Campus. 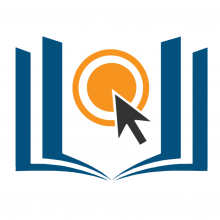 Remember us for Smart Board for Digital Class and E-Class Management Software System, Thank you!! View More: https://smartshikshya.com/

Hi there good morning! I I joined the college in 2065 and gave examination of first year.. And I left studying now I have gap of 7 yrs.. May I join again from the same place where I stand.. I mean may I continue from second year there?