According to the advertisement published by the Armed Police Force of Nepal on 2078-05-11, the posts of the Armed Police Attendant ( Parichar various trades) of the general group, general sub-group to be filled through open competition will pass the physical tolerance test conducted from 2078-09-02 to 04. The detailed health examination of all the candidates will be conducted as per the schedule below.

This information has been published for the information of all concerned for carrying the test fee (Rs. 600 for men and Rs. 650 for women). 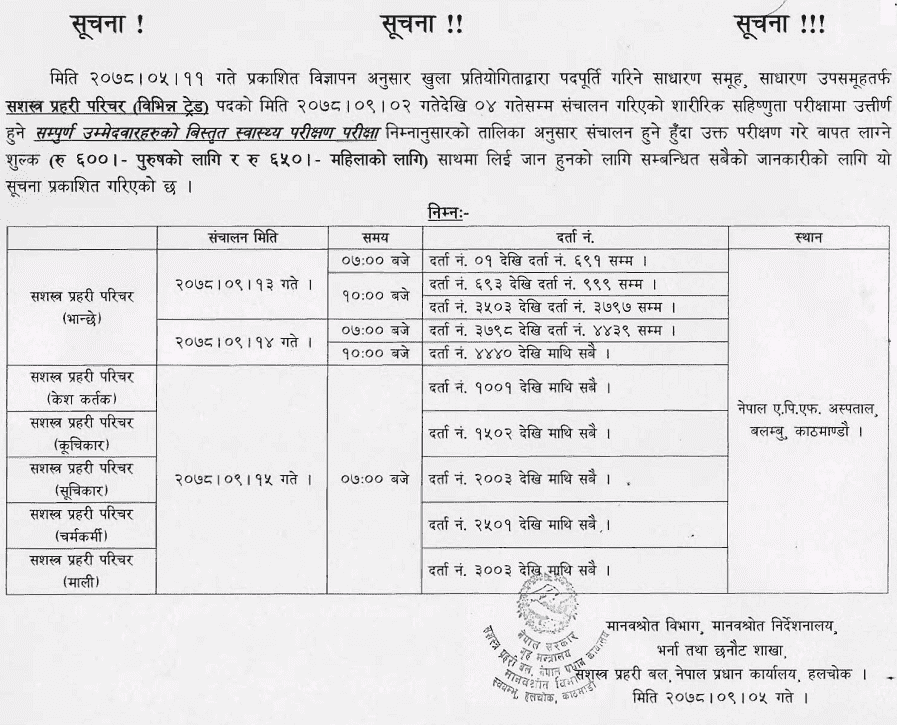