Mahesh Babu Timalsina has been elected as the President of the Association of Australian Education Representatives in Nepal (AAERI Nepal). The 4th general assembly of AAERI Nepal held on Sunday elected him as the president. Budhisagar Aryal as vice president, Rajendra Rizal as general secretary, Navraj KC as secretary, Sujan Thapa as treasurer, Nayan Lamichhane and Raman Koirala as executive members. 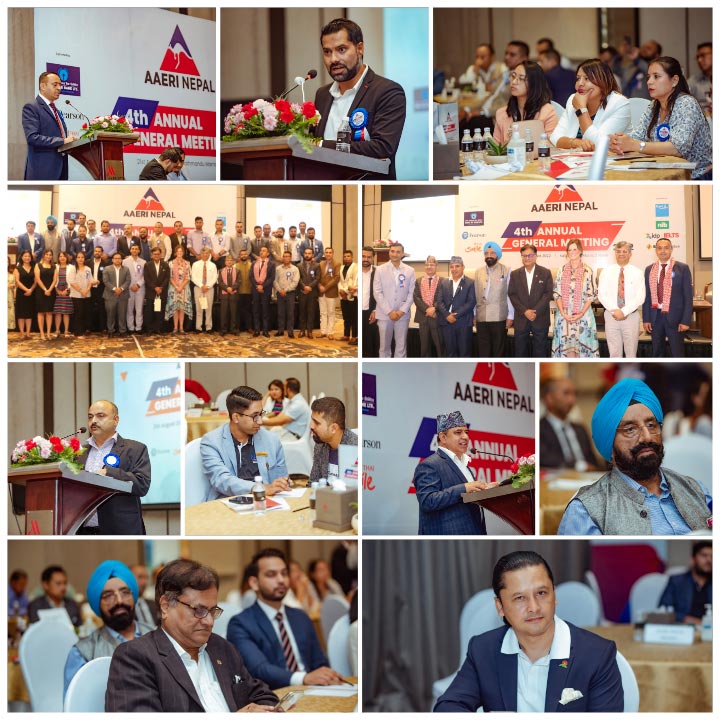 While giving greetings, ANA President Dr. Ram Hari Aryal, while appreciating Australian education and culture, informed that the activities of AERI Nepal are increasing the members of ANAA and wished success to the new working committee of AAERI Nepal.

During the congratulatory speech, Her Excellency Australian Ambassador to Nepal Felicity Volk expressed her best wishes and said that Nepali students have benefited and can benefit from studying in Australia.

Mahesh Dahal, the former ambassador of Nepal to Australia, said that while he was in Australia, he tried to do good for the convenience of everyone, including the students.