Balephi Hydropower Company Limited is going to open an IPO issue and sell from the 27th of Magh 2078 (10th February 2022). The company is planning to issue an IPO for the residents of the project-affected areas.

The eviction will be stopped on the 12th of Falgun sooner and later on the 27th of Falgun. Applications for IPO can be submitted from Kumari Bank's Jalbire Branch, NCC Bank's Bande Branch, Global IMA Bank's Chautara Branch, Laxmi Bank's Chautara, and Khadichaur Branch Offices. In addition, applications can be submitted from all C-ASWA member banks and financial institutions and their branch offices approved by the Nepal Securities Board.

The issue and sale manager of the company is Global IME Capital Limited. Investors will have to apply for a minimum of 10 units of shares and a maximum of 100,000 units.

ICRA Nepal has given ICRA NP Issuer rating double B rating to the company in the rating given for IPO issue. This indicates a moderate risk in the company's ability to bear responsibility. 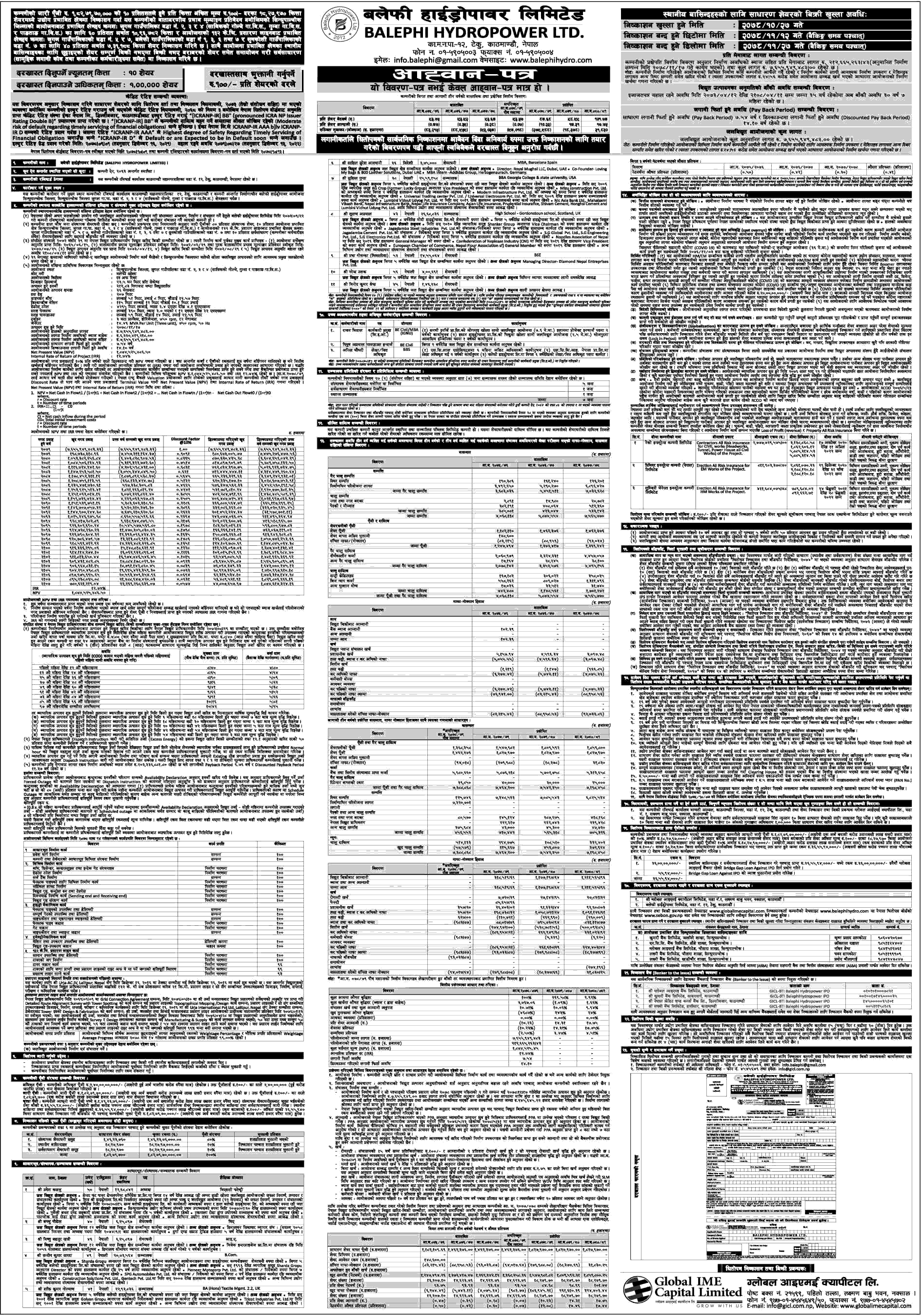 Phidim Municipality to Implement Local Curriculum from classes 1 to 8