Supermai Hydropower has issued IPO since 21st Mangsir 2079. The company has issued an IPO for project-affected local residents and Nepalese who have gone abroad for employment (Foreign Employment).

Similarly, 50,000 shares have been issued for Nepalis who are employed abroad.

Investors of both groups can apply till January 6. If the application is not received by the said period, the project affected can apply till 6th Poush 2079 of January. The sales manager of the company is Sanima Capital Limited.

It is said that Nepalese who have gone for foreign employment can apply through the C-ASBA system from all ASBA member banks and financial institutions and their designated branch offices that have received approval from the Nepal Securities Board.

The company's IPO has been assigned a triple B minus rating by ICRA NP Issuer Rating. The rating indicates an average risk to the ability to bear financial obligations. 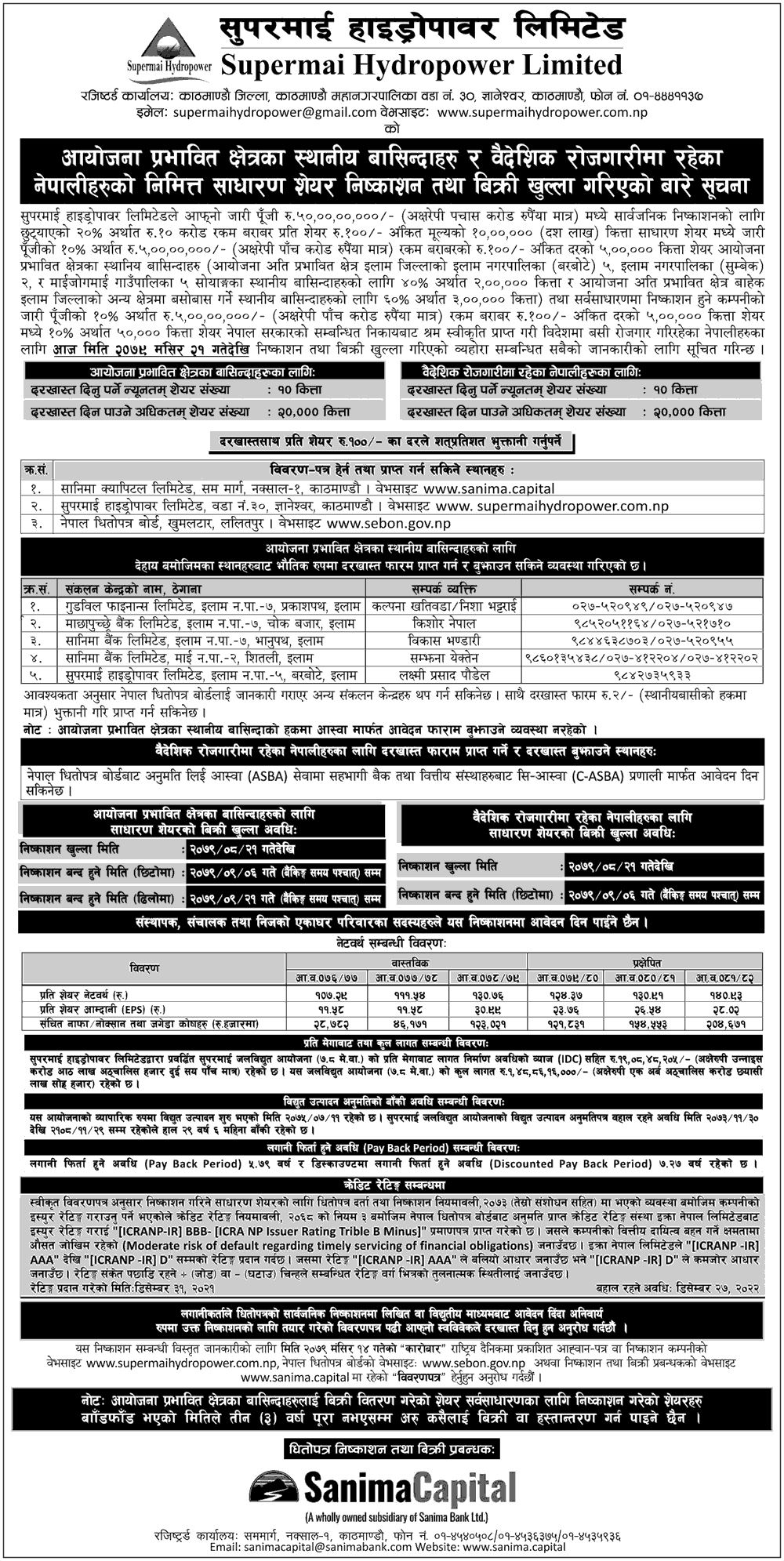