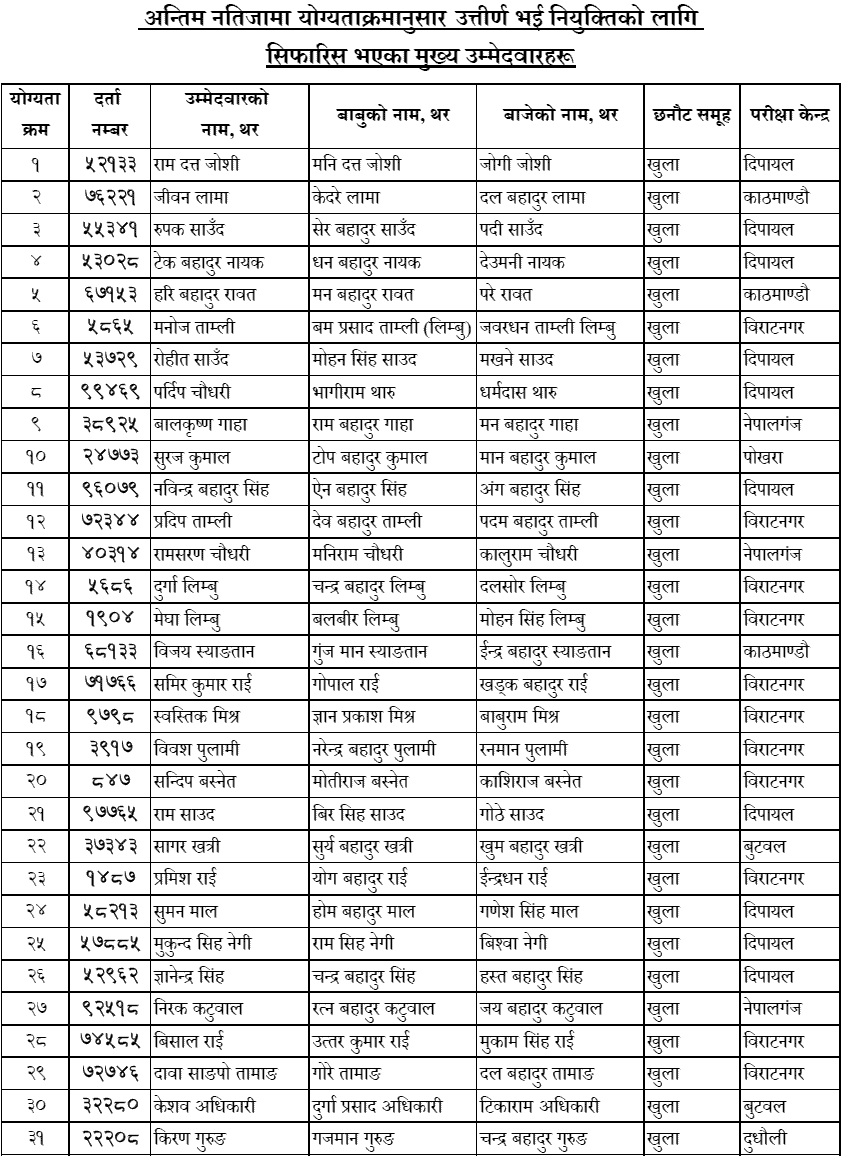 Nepal Police Jawan Post Final Result 2078: According to the advertisement published by the Police Headquarters on 2077/06/30 to fill the vacant post of Police Jawan (Janapad) in Nepal Police through open competition as per the inclusive provision. The final results of the following candidates on the list have been published.

In addition, the main candidates who have passed the final results and have been recommended for appointment have been provided with the admission card from the concerned police office, Nepali citizenship certificate and 3/3 copies of the original certificates and copies of the educational qualifications they have obtained, 5 (five) passport size photos. Candidates are advised to be present at the respective examination centers (State Police Training Center Biratnagar, Rajbiraj, Dudhauli, Pokhara, Butwal, Nepalganj, Dipayal and Metropolitan Police School) on Wednesday 2078/06/06 at 11:00 AM. .