Nepal Police Prabidhik Prahari Jawan Final Result and Sifaris: According to the advertisement published by the Police Head Office dated 2078-06-22, candidates who have participated in the interview exam conducted at the Provincial Police Training Centers and Kathmandu Valley Police Training Center to fill the vacancies for the technical police jawan (Prabidhik Prahari Jawan) post in various sub-groups under the technical group in Nepal Police through open competition in accordance with the inclusion provisions. The final results of the following candidates in the main and alternate list who passed in the order of merit and were recommended for appointment have been published.

In addition, the main candidates who have passed the final result and are recommended for appointment must submit the admit card provided by the concerned police office, proof of Nepali citizenship, and all the certificates and copies of the educational qualifications obtained by them, 3/3 copies, 5 (five) passport size photographs. For the information of the concerned candidates to appear at the respective examination centers (Province Police Training Center Biratnagar, Rajbiraj, Dadhauli, Pokhara, Batwal, Nepalganj, Dipayal, and Kathmandu Valley Police Academy) dated 2079-06-02 Sunday at 11:00 is notified. 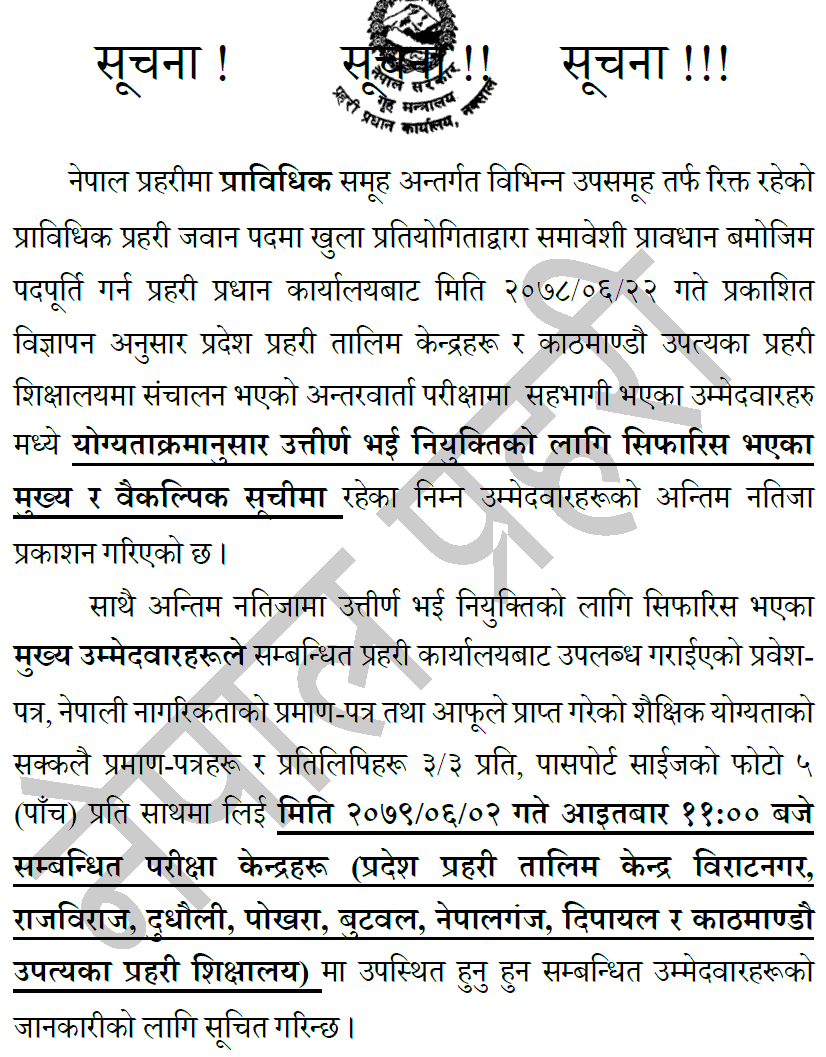