Nepal Police Publishes Medical Test Result of Prahari Jawan (Prabidhik) 2078: According to the advertisement published by the Police Headquarters on 2078-06-22 to fill the vacancies in various sub-groups under the technical group in Nepal Police through open competition as per the inclusive provision; Since the following candidates have passed the detailed health examination conducted in the Province Police Training Centers and Metropolitan Police Academy; This information has been published for the information of all concerned.

In addition, the written examination of the successful candidates will be conducted as per the published schedule and after receiving the information about the examination center from the Public Service Commission, it will be published later on the website of Nepal Police www.nepalpolice.gov.np. 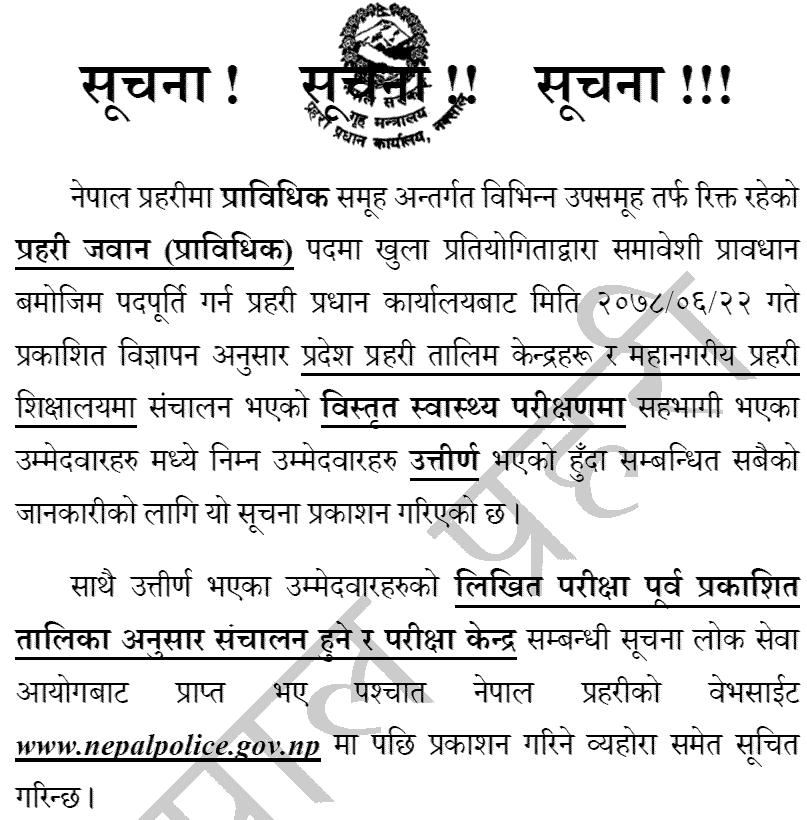 Securities Board of Nepal (SEBON) Final Result of Various Positions