Nepal Prahari Jawan Post Written Exam Result: According to advertisement number: 43 (078/79) dated 2078-08-10 published by the Nepal Police Headquarters to fill the vacant post of Police Constable (District) in Nepal Police through open competition according to inclusive provisions, among the candidates who participated in the written examination conducted by the Public Service Commission. ; According to the results obtained from the commission, the following candidates have passed the written examination, so this notice is published for the information of the concerned candidates.

In addition, the interview test of the passed candidates will be conducted from the date of 2079/06/05 at the relevant test centers (Province Police Training Center Biratnagar, Rajbiraj, / Dadhauli, Pokhara, Batwal, Nepalganj, Dipayal and Kathmandu Valley Police Academy) as per the following schedule; Participating in the exam. Candidates should bring all the educational qualification/certificate, Nepali citizenship certificate, admit card and admission certificate._ Candidates who have passed must bring the admission certificate and appear at the relevant examination center 1 hour before the commencement of the examination. 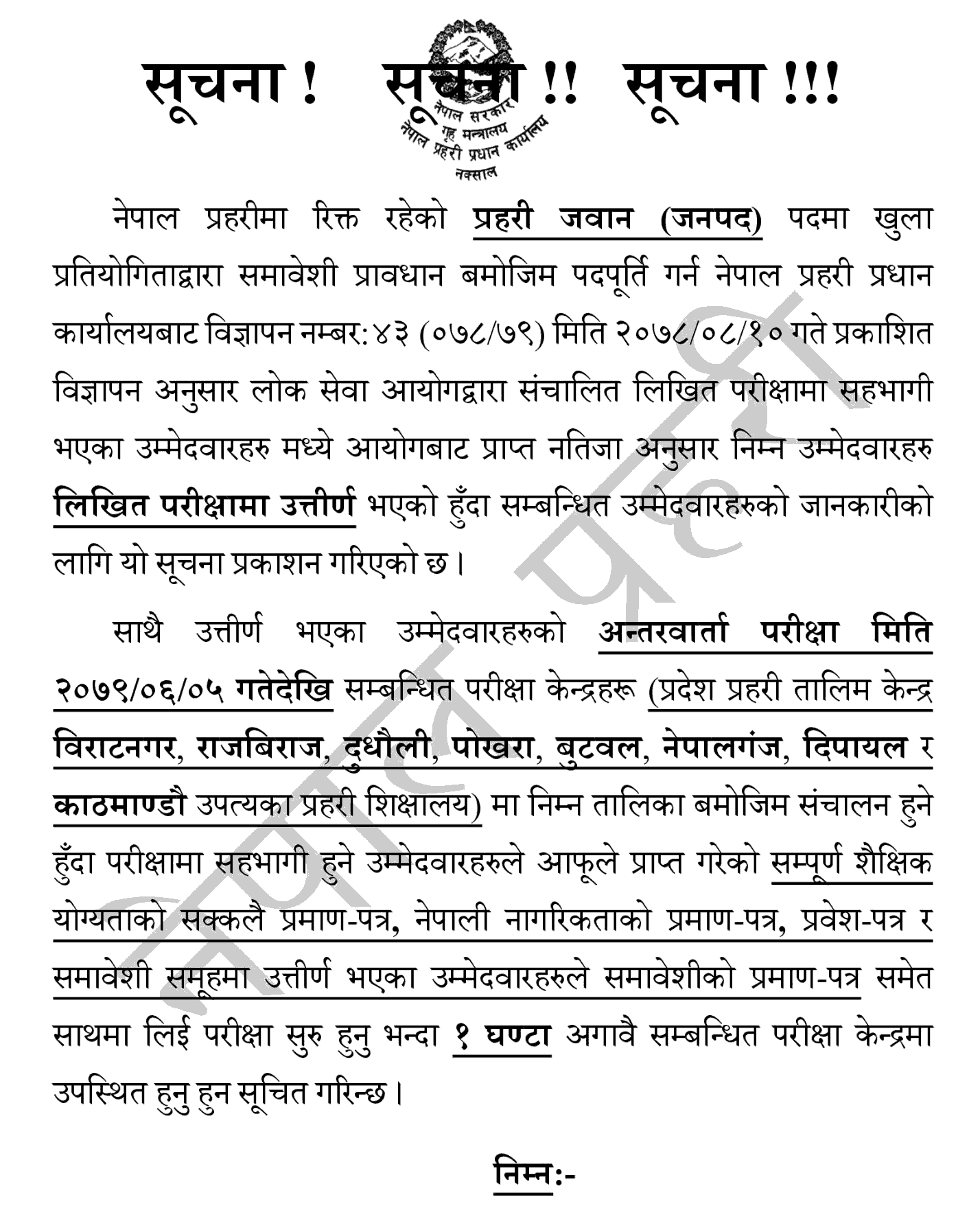