Shikshak Sewa Aayog Revised Result of Secondary Level Teacher Promotion: Government of Nepal, Teachers Service Commission (TSC), Sanothimi, Bhaktapur: On the recommendation of the Government of Nepal, Teacher Service Commission, Secretariat of Promotion Recommendation Committee, Bagmati Province, Hetauda, dated 29-7-2079, advertisement No. 5/078/79 of Secondary II Class, 75% of the promotion recommendation list has been published. As per the decision of the Teachers Service Commission on different dates in the review of the previously published promotion results regarding the complaints that were not understood, the results of the advertisements of the following districts were found to be as follows; This notice is published for the information of all concerned.

b) Districts with changed results and reference number and list of recommended candidates: Chitwan and Kathmandu 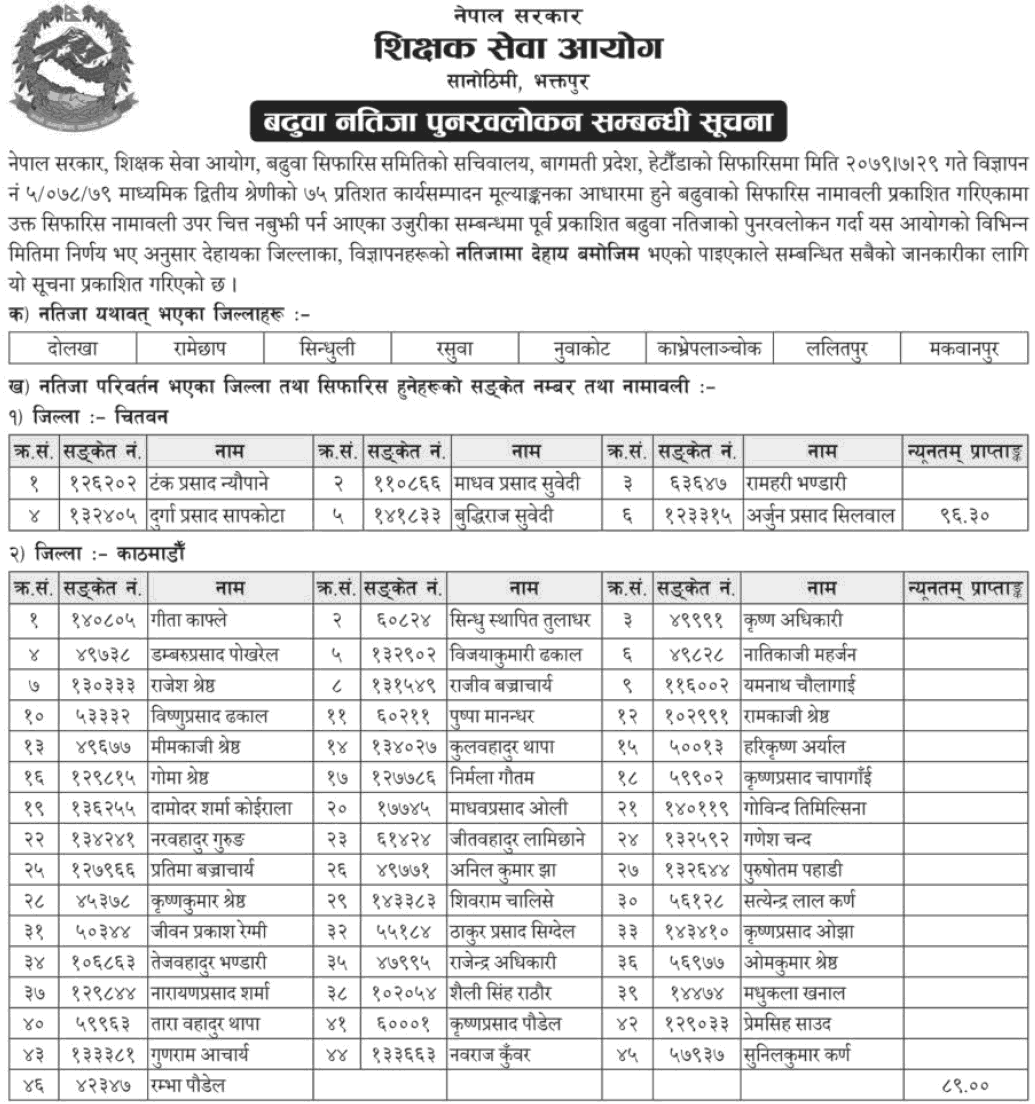