Shikshak Sewa Aayog Revised Teachers Promotion List: On the recommendation of the Government of Nepal, Teacher Service Commission (TSC), Sanothimi, Bhaktapur, Secretariat of Promotion Recommendation Committee, Lumbini Province, Dang, dated 28-7-2079, the recommendation list for promotion based on 75% performance evaluation has been published. While reviewing the previously published promotion results, as decided by this commission on various dates, the results of the following districts, levels, categories, and advertisements were found to be as follows; This notice is published for the information of all concerned. 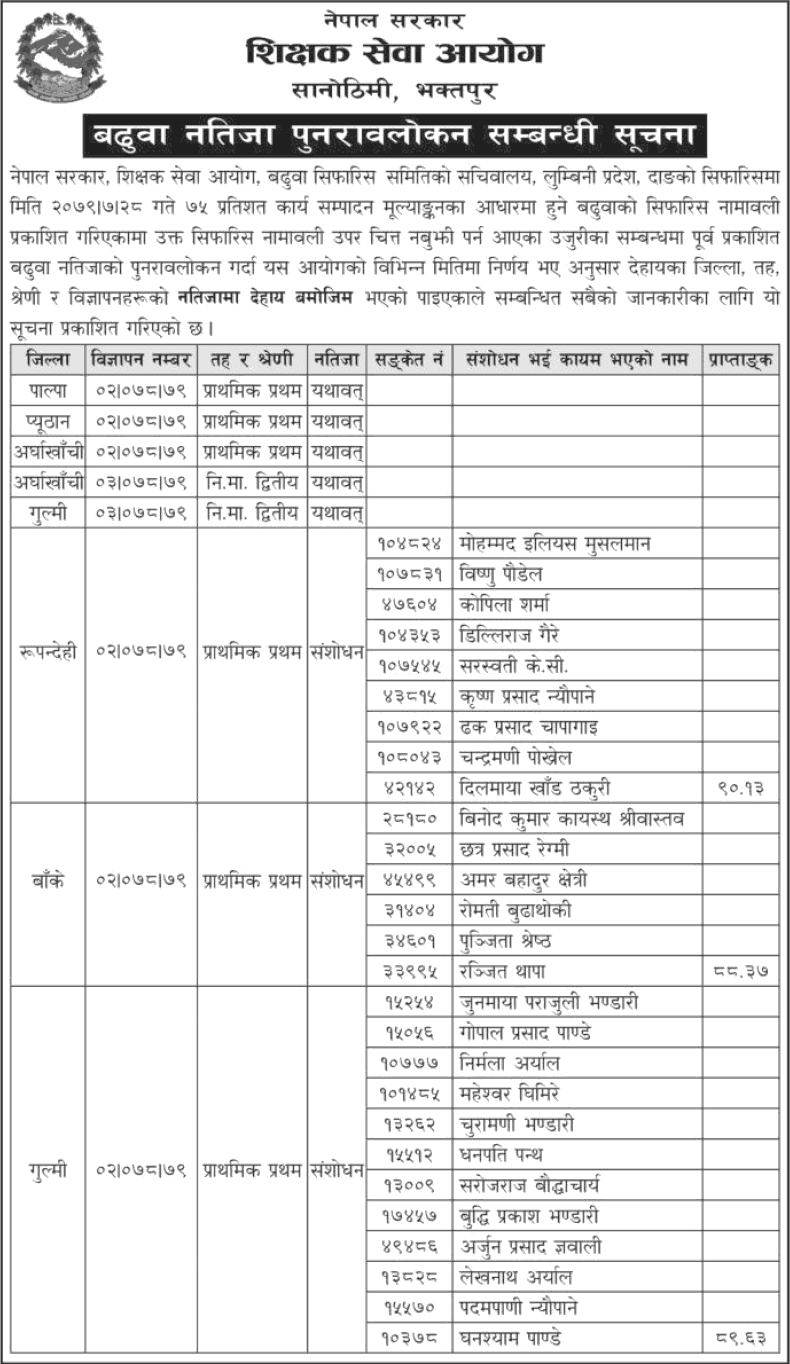