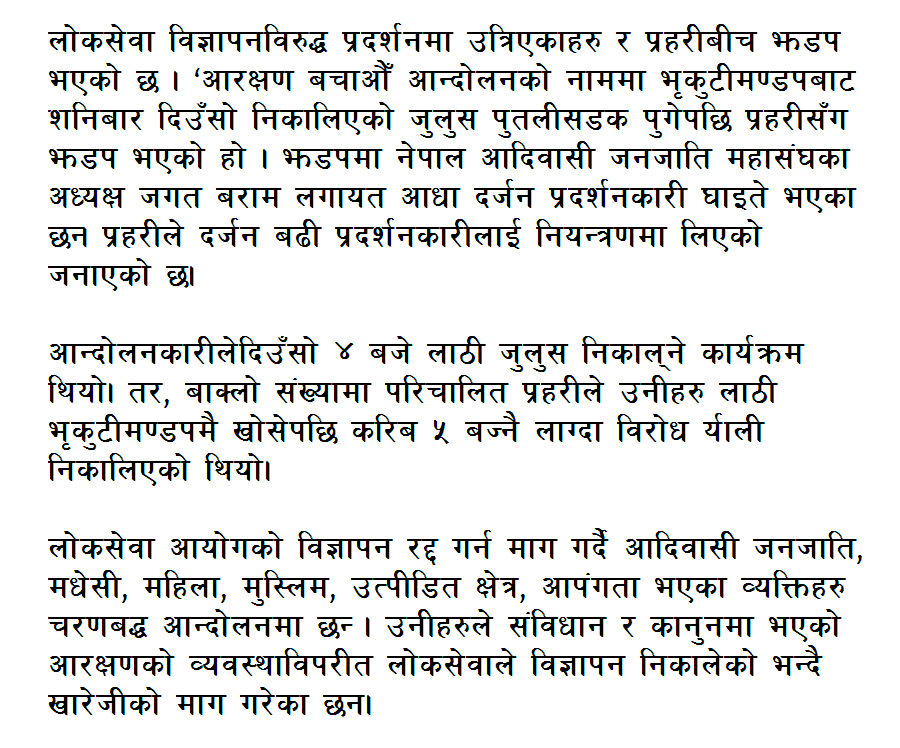 There has been a clash between the protesters and the police against the public service Commission’s (PSC) advertisement. The clash broke out with police after a procession which was called out from Bhrikutimandap on Saturday afternoon reached to the Putalisadak.

At least half a dozen protesters, including Jagat Baram, president of the Federation of Indigenous Nationalities, were injured in the clash. Police have arrested dozens of protesters.

Protesters had a program to bring out a black procession at 4 pm. However, the protest rally was fired at around 5 pm when the mobs were mobilized by the huge number of police.

(Source from Kantipur Daily for educational purpose only.)

Kathmandu Metropolitan City Notice for the Protection of Public Property