Similarly, vehicles will not be allowed to operate until further notice, alternative teaching and learning measures will be implemented by agreement between the school and the parents, administrative work including enrollment will be done from June 15 to 21, the door-to-door program will be conducted during the enrollment week from June 22 to June 29.

After that, it is mentioned in the letter that regular reading will be started and as soon as any awkward situation is seen, the Educational Administration Division will be informed and instructed to do so. There are about 200 private and institutional schools in Birgunj Metropolitan City. 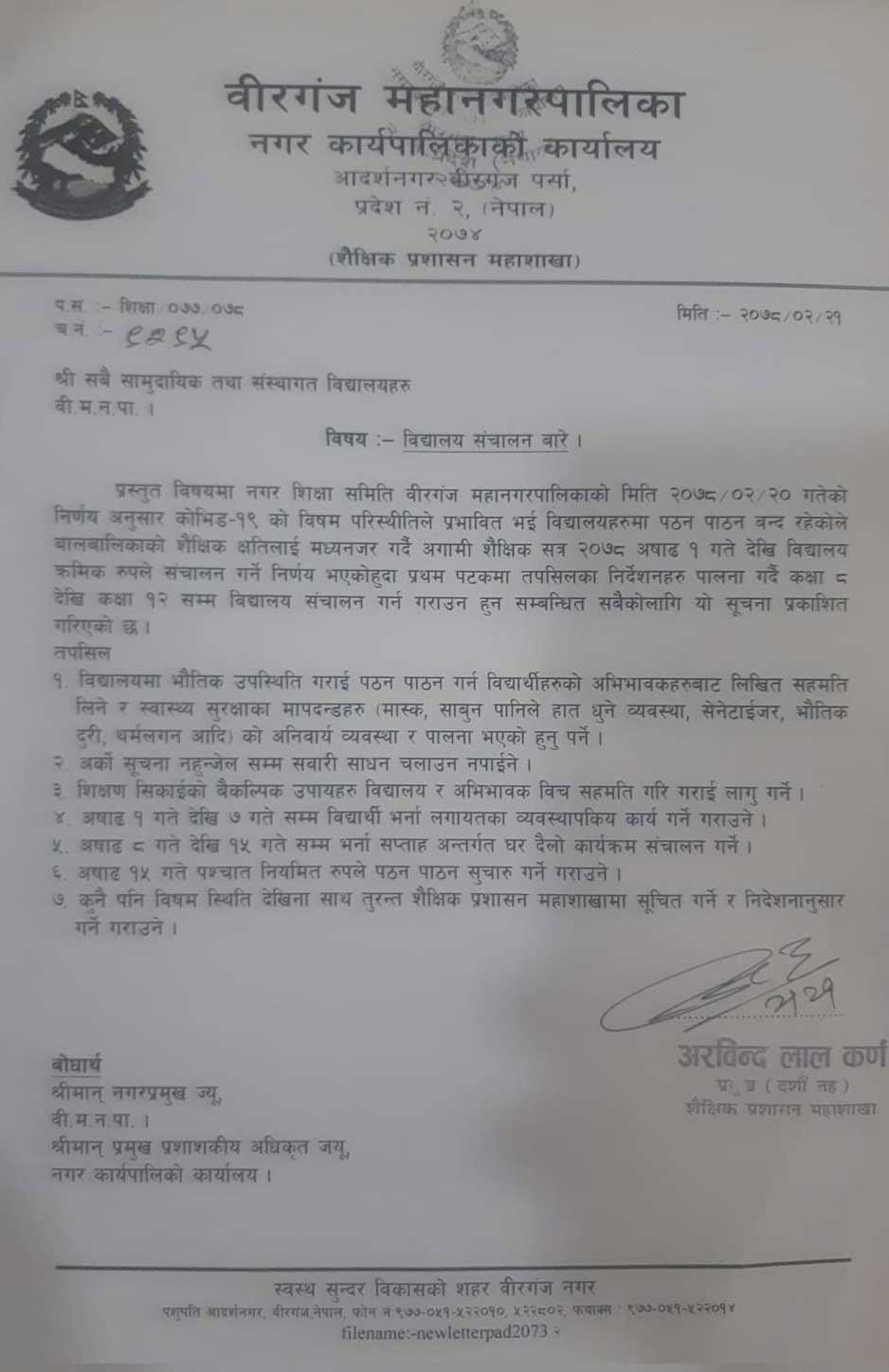