The Ministry of Labor, Employment, and Transport under the Bagmati province Government has increased the fares of short-distance vehicles operating in the province with effect from First Baishakh 2079 BS.

The province government has provinced that the fare has been adjusted as per the ministerial decision of April 8 and now if the market price of petroleum products is 5 percent or more or less, the vehicle fare will be adjusted accordingly.

With the fare hike of up to 15 percent for public and freight vehicles, it is seen that the price will go up in every sector and this will affect the people with normal income.

In the case of public transport operating outside Kathmandu Valley, the current fare has been increased by 10 percent.

The province government has also increased the fare of freight vehicles by 13 percent. Based on the report submitted by the Rental Determination / Adjustment and Electronic Rental Payment Regulations, 2078 BS to the Ministry of Physical Infrastructure Development on 6 September, the recommended fare for 11.91 km per tonne has been increased by 13 percent to 13.45. The ministry has provinced that per capita per tonne has been maintained.

In 20 Chaitra, the federal government had decided to increase fares on long-distance vehicles by up to 15 percent. Earlier, last Ashad last year, the rent was increased by 28 percent.

The government has been increasing the fares of vehicles saying that the prices of petroleum products have gone up in the international arena. 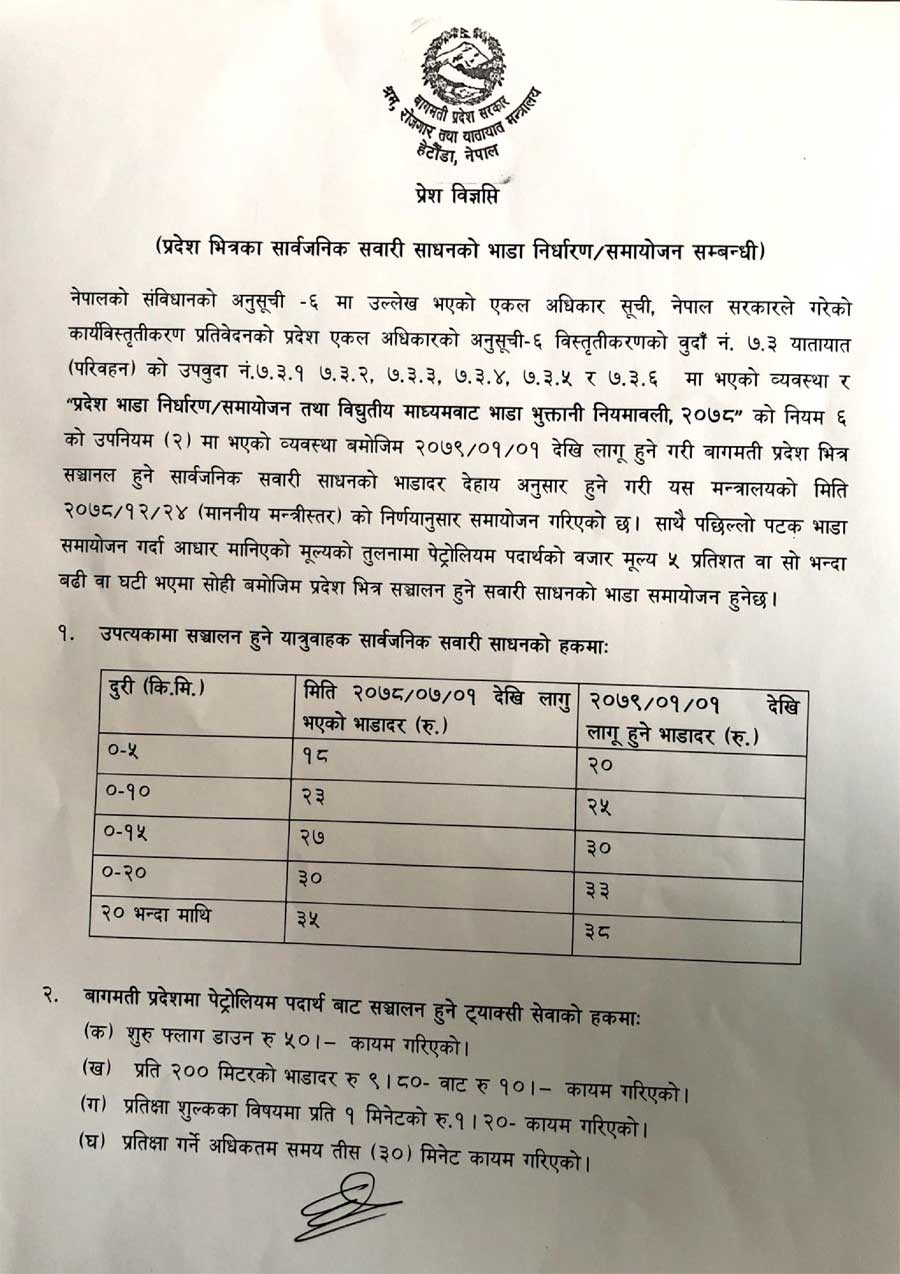 TSC Karnali Pradesh Promotion of Teachers Based on Performance Appraisal