Fares on inter-province public transport have increased by 5.30 percent. Similarly, fares of freight vehicles plying on hilly roads have increased by 6.94 percent and freight vehicles plying in Terai by 7.7 percent. The fare for local routes will remain the same. The Nepal Oil Corporation had increased the price of petrol by Rs 21 per liter and diesel/kerosene by Rs 27 per liter with effect from 12 noon last night. At present, petrol is priced at Rs 199 per liter and diesel/kerosene at Rs 192 per liter. As the price of diesel has gone up by 27 percent, the department has provided that the fare has been adjusted accordingly. 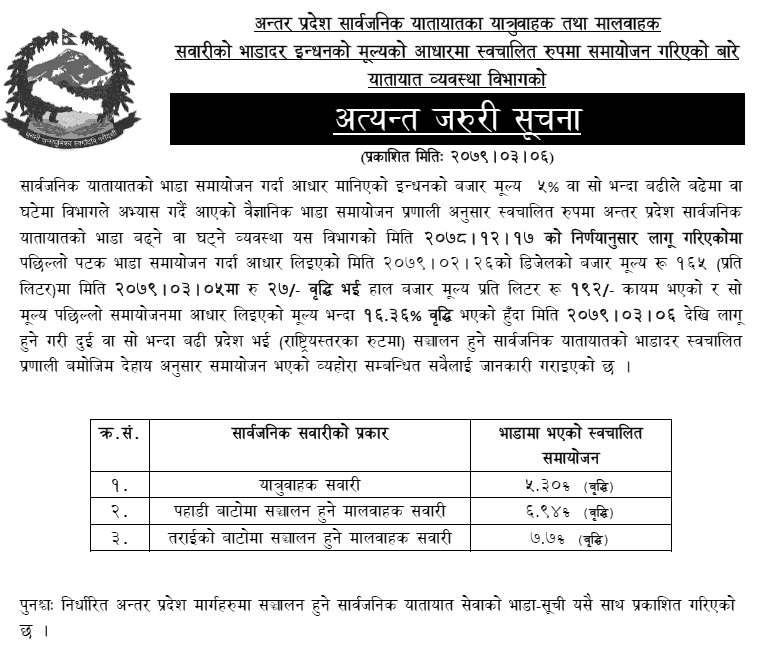