Nepal Oil Corporation Hikes the Price of Petrol and Diesel

The corporation, which had earlier adjusted the price of petrol, diesel, and kerosene at Rs 10 per liter on July 6, has now stated that the new price will be Rs 178 per liter for petrol and Rs 165 for diesel and kerosene.

An infrastructure tax of Rs 10 has been levied on petroleum products. The price was reduced after the finance ministry instructed the industry ministry to remove it.

Although the government has increased the prices of petrol, diesel, and kerosene with effect from 12 noon on Thursday, the price of cooking gas is still Rs 1,800. Similarly, the price of aviation fuel (internal) is Rs 166 per liter.

The corporation has profit in kerosene and aviation fuel. Kerosene has a profit of Rs 17.01 per liter, aviation fuel Rs 17.34 internally, and Rs 64.55 per liter externally. 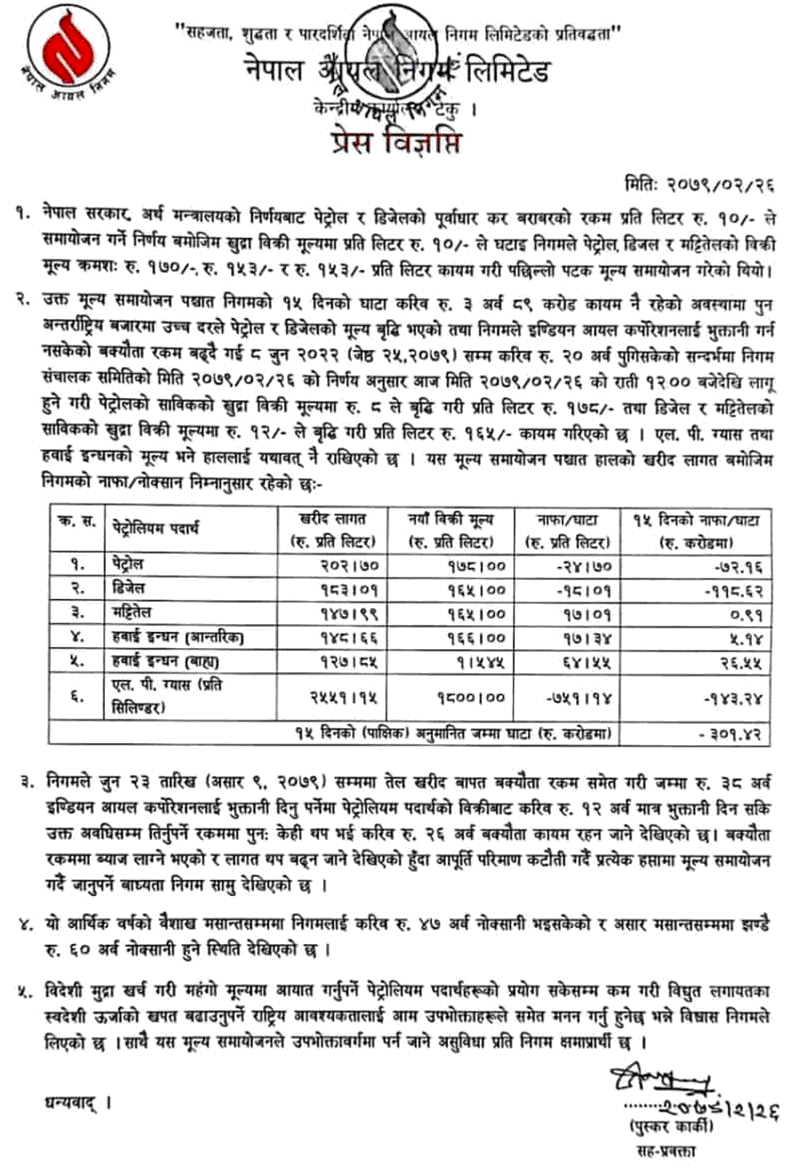