Voting for the local level election has started all over the country simultaneously. Today, the local elections are being held in one phase for the first time.

Voting starts from 7 am in 21955 polling stations in 10756 polling stations across the country. Voting will continue till 5 pm today. Voters are queuing at the polling booths to elect their representatives. 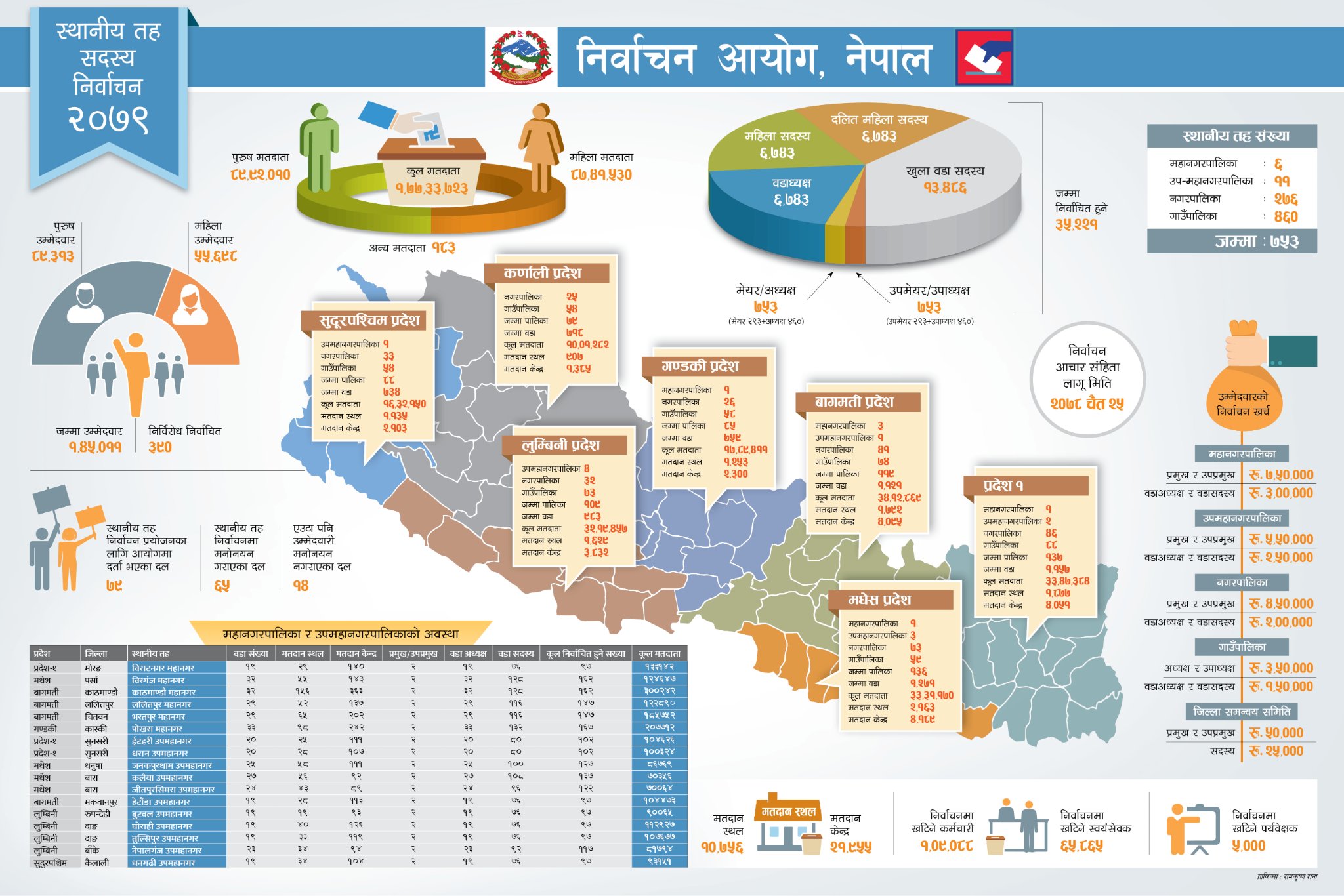 In the current local elections, it may take an average of 40 to 50 seconds to cast your vote. This can take up to 1 minute at most. After verifying the name at the polling station and taking the ballot paper, it does not take more than 5 minutes for all the activities till returning to the polling station.

According to the Election Commission, the process will take about 7-8 minutes from the time of entry to the exit of a voter.

Online Application for Driving License Will be Open From Jeshta 4

MoEST CEHERD Recommended for the Management of Conflict-affected Teachers