List of Council of Ministers Of Nepal - Latest Update

Prime Minister KP Sharma Oli has completed the cabinet. Oli, who has appointed six ministers and one minister of state from the ruling CPN-UML, has made one minister from the Janata Samajwadi Party's (JSP) faction.

At the same time, the Council of Ministers has been completed. The 25-member cabinet has three deputy prime ministers, 18 ministers, and three ministers of state. 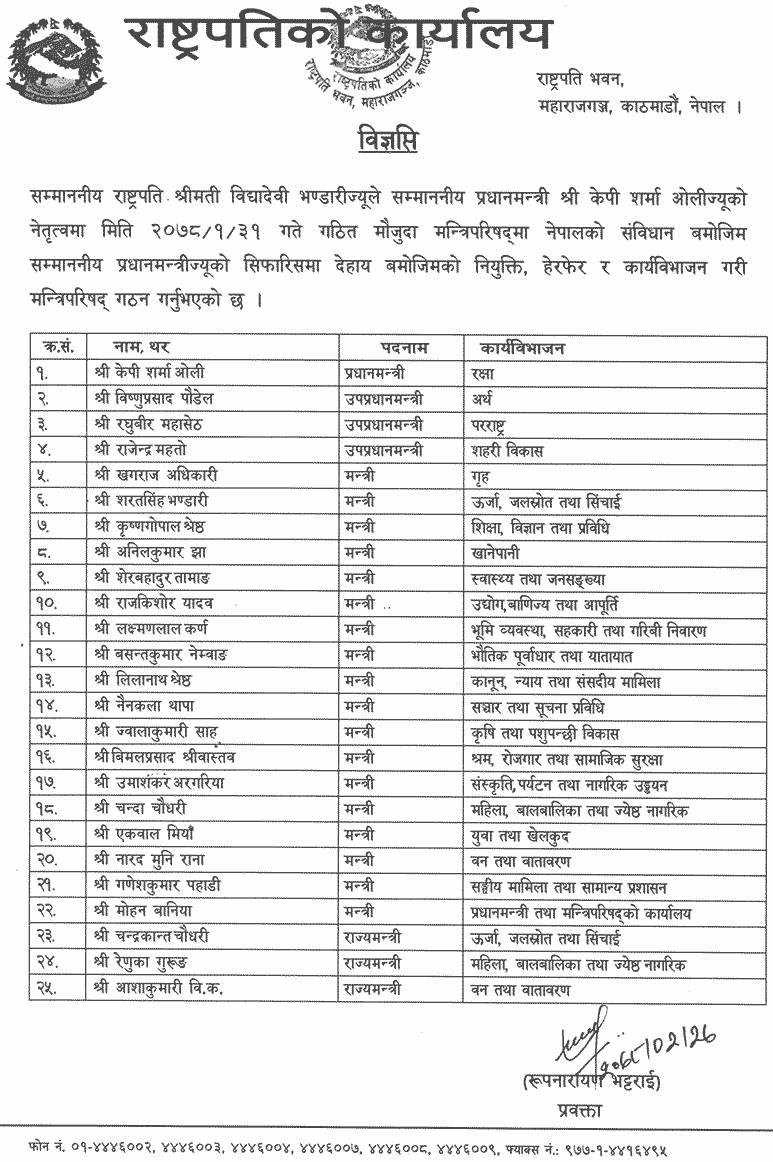