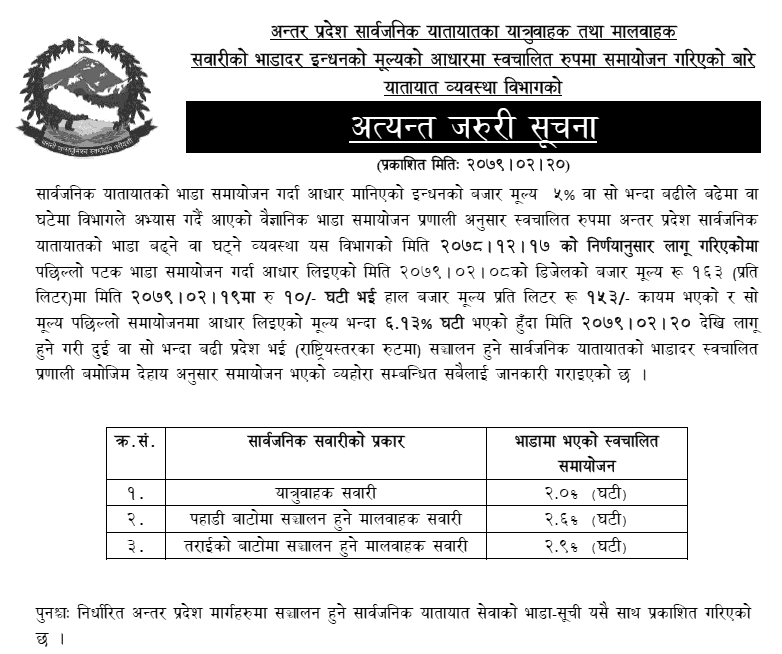 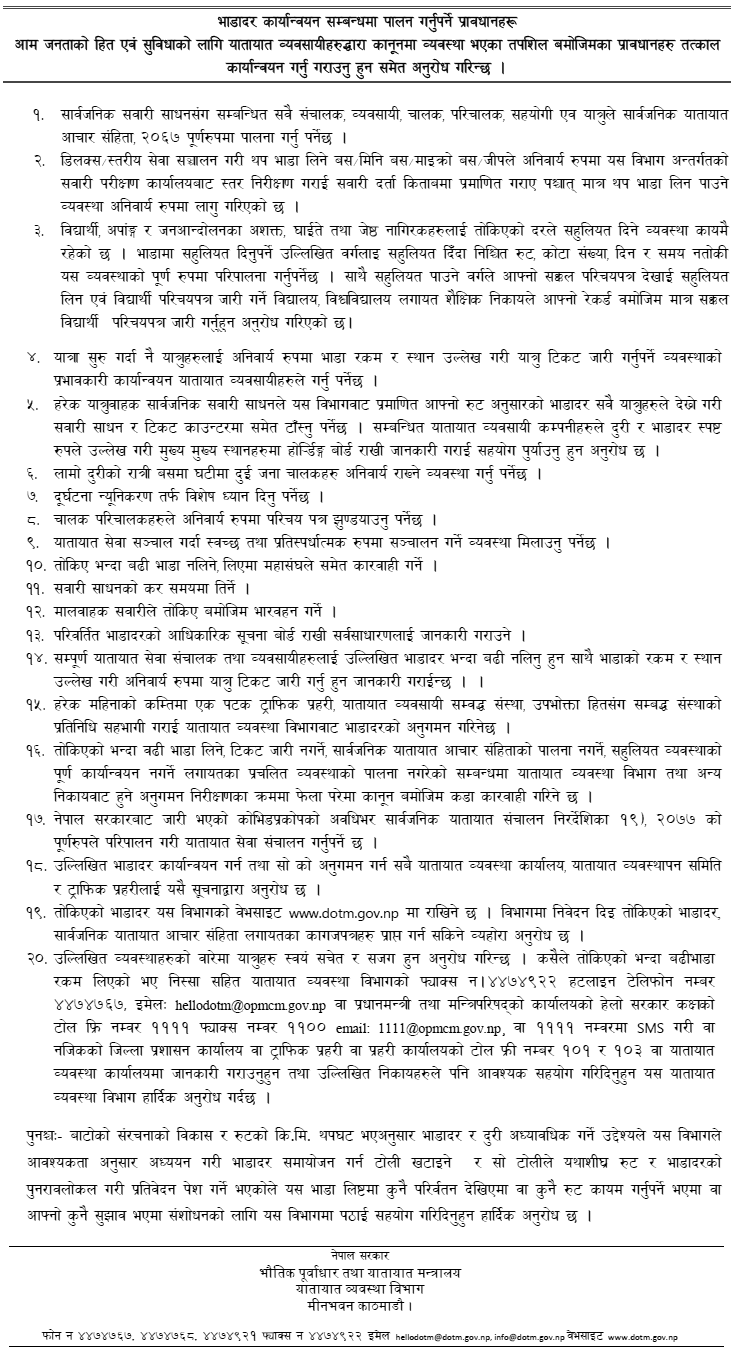 The Department of Transport Management (DoTM)under the Ministry of Physical Infrastructure and Transport has repeatedly increased fares on the pretext of increasing the price of petroleum products. Public transport users are forced to pay exorbitant fares when using public transport.

The government, which has been levying tax on petroleum products under various pretexts, has not shown any interest in providing relief to the users of public transport by providing discounts on public transport. In the last week of Ashad last year, the government had increased vehicle fares by 28 percent.

The government last year raised fares for the second time in the third week of Chaitra to 15 percent. In Ashad last year, the then government made a ministerial decision to increase fares by 28 percent, while in Chaitra it was again increased to 15 percent. As per the fare announced by the department in the last week of Chaitra last year, the fare of public transport from one state to another was increased by 10 percent.

Earlier, on 27 Ashad last year, the Department of Transport Management had increased the fares of passenger vehicles by 28 percent by adjusting the fares of public transport operating in the inter-state; On the other hand, the fare was increased by 20 percent for hilly vehicles and 26 percent for freight vehicles operating on Terai roads.

The government last week raised vehicle fares for the third time in the first week. With the rise in fuel prices, the government has announced an increase in public transport fares under the automated system.

The Department of Transport Management had increased the fares of interstate passenger vehicles by 3.5 percent in the first week of Jestha, while the fares of freight vehicles operating on hilly roads had increased by 4.6 percent and those of freight vehicles operating on Terai roads by 5.1 percent. The government had again increased vehicle fares for the fourth time in the second week of Jestha.

According to the Department of Transport Management, it has been decided to increase the fare on the basis of an Rs. 10 per liter increase in diesel price as compared to last year.