The Election Commission is going to start the work of compiling and updating the voter list from the 1st of Ashad 2079 (15th June 2022). According to the spokesperson and joint secretary of the commission, Shaligram Sharma Poudel, it is being updated for the upcoming election to the House of Representatives and the Province Assembly.

After the announcement of the date of local level election 2079, the voter list compilation and update program, which has been postponed since May 10, 2078, is about to start, said Poudel, spokesperson of the commission. The Commission has clarified that all Nepali citizens who have obtained citizenship during this period and have been exempted from registering their names as per the Voter Registration Act, 2073 BS, can go to the Province and District Election Offices, District Administration Offices, and Area Administration Offices to register their names.

"Under this program, applications can be submitted to the concerned election office for registration of names, correction of errors in details, removal of names from the voter list, change of address, change of polling station, removal of duplicate names," said a Provincement issued by the commission. Spokesperson Poudel said that those who have voter identity cards distributed by the commission but have lost their names in the voter list for any reason can also register their names in the voter list.

“If you are residing in one district by profession or business but your permanent address is in another district; If such a person submits an application to the district election office with the required proof for registration, the name of such person will be kept at his / her permanent address and an external district voter registration program will be conducted, ”the Provincement said.

The commission has urged all to register their names and update their details so that no one will be left out in the upcoming election. The commission has also appealed to all political parties and stakeholders to support the program from their respective constituencies. 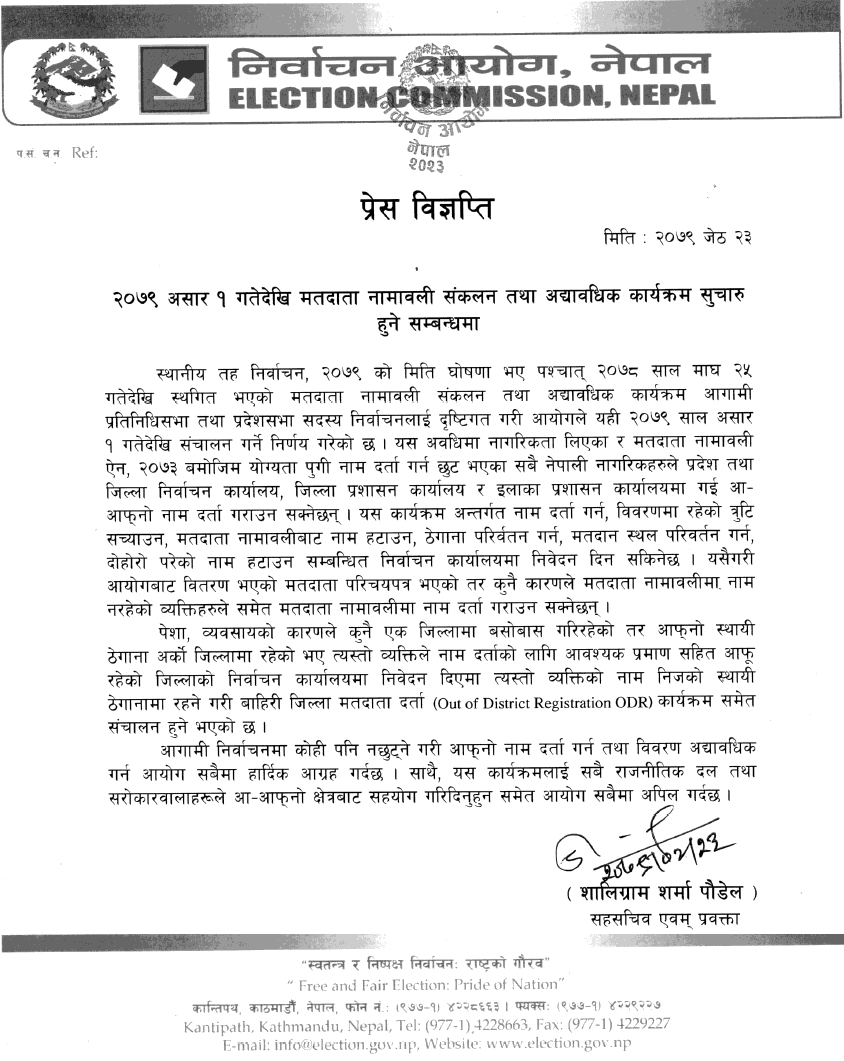