Every year, the Hult Prize Foundation is provided with a challenge by the UN, this year’s Hult prize challenge asks participants to create a company that employs at least 2,000 people and has a positive influence on society by 2024. Hult Prize at The British College has been working actively from the very beginning of the year to accomplish the challenge and provide a range of programs that will shape the participants for the Grand Finale. 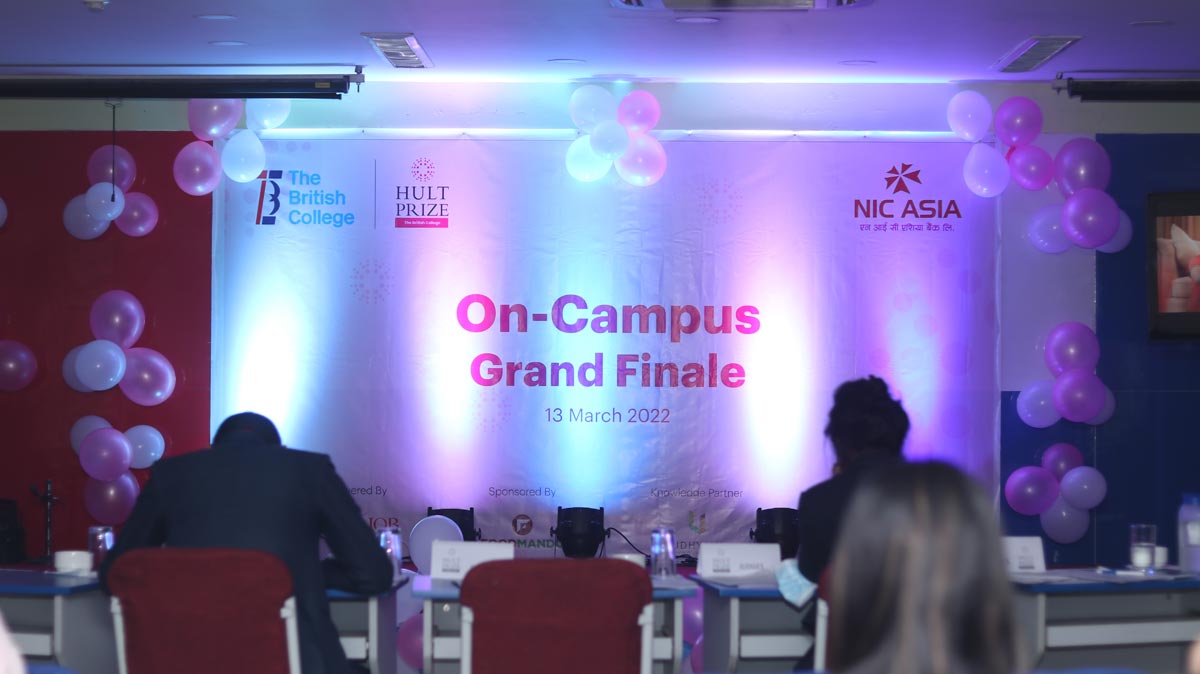 On 11th March 2022, NIC Asia Bank decided to support the event by being the Title Sponsor. The MOU was signed on the same day in the presence of the Head of Brand and Marketing; Mr. Saroj Bhattarai, along with the Campus Director, Mr. Grisham Tiwari. On July 21, 1998, NIC ASIA BANK was established in Nepal Industrial and Commercial Bank. NIC AISA is one of Nepal's leading commercial banks, delivering financial services to customers in a convenient and pleasant manner. As the event approaches, the support of NIC Asia Bank has been overwhelming and appreciated by the organizing committee of the Hult Prize at The British College.

On the chosen date of 13th March 2022, the most awaited 'On-campus Hult Prize' program began. Firstly, the registration session was concluded with all 7 teams registering themselves prior to the main event. Following that, our host Mr Nishan Shrestha and Sudeepa Bajracharya welcomed our judges and participants by thanking our media partners and sponsors with a short briefing on the Hult Prize and the theme of 2022. The event then saw a beautiful welcome dance performance by Sumnima Rajbanshi and her group. Each team then pitched their innovative business ideas in front of the panel of judges. Following that, a friendly Q&A session between the competitors and the judges enlightened the day. Furthermore, after the pitching of each team's ideas, a lucky draw announcement was held in which lucky number 286 was announced as a winner and received the vouchers. Magician Pratham Oli presented a wide range of magical performances that excited the audience and kept them engaged. The students of the British college created a musical environment through their soothing songs. 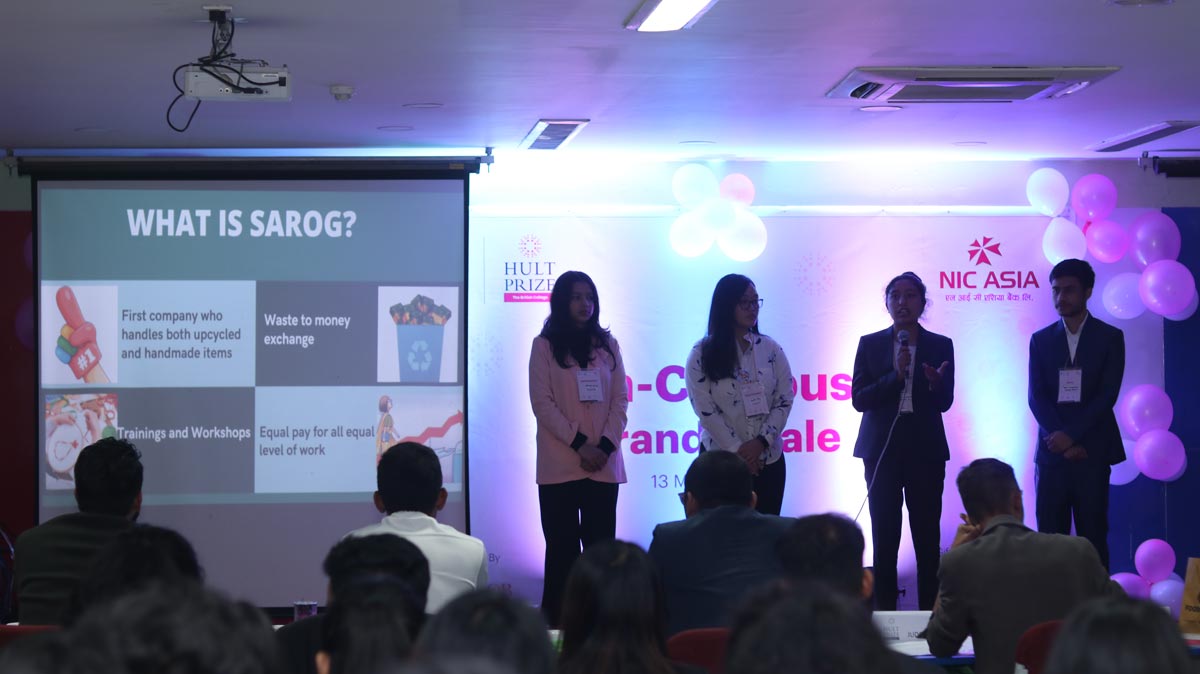 After the lucky draw session, The team “Revolution” with the startup name “Sarog”, representing upcycle services was announced as the On-campus winner of the Hult Prize 2022. An award distribution ceremony was held where the winning team was awarded medals and certificates. The discussions centred on entrepreneurial plans to bring the world back post-COVID-19.  Post the results announcement, “The Thirsty souls” band presented an amazing performance which was the last performance of the event. After the guest performances, the exciting session ended with a closing remark by our valuable sponsors, the Branch Manager of NIC Asia’s Corporate Branch Founder and CEO at FroxJob and Foodmandu. With Campus Director Grisham Tiwari’s closing remark, the glorious on-campus journey of the Hult prize 2022 came to a formal end.