Government of Nepal, Ministry of Education, Science and Technology, Center for Education and Human Resource Development notice related to submission of the proposal for partnership-based incentive grant program for local level under Literate Nepal campaign.

Local levels and districts that are yet to be declared literate,

Under the annual program of the year 2079/080, literacy programs will be conducted at the district/local level where literacy is yet to be announced for the implementation of the Literate Nepal campaign; To declare literate district/local level, district and local levels have been invited under the partnership-based incentive grant program as follows.

Details to be submitted in the Proposal:

(a) Details of classes to be conducted by the Rural Municipality/Municipalities to update the number of illiterates of the specified age group within their service area.

(b) Commitment and action plan including resource management at the local level for the implementation of the literacy program.

(e) Preface should be sent to this center [email protected] by end of Bhadra-2079.

(f) Proposals approved by this center will be transferred financially based on cost sharing. 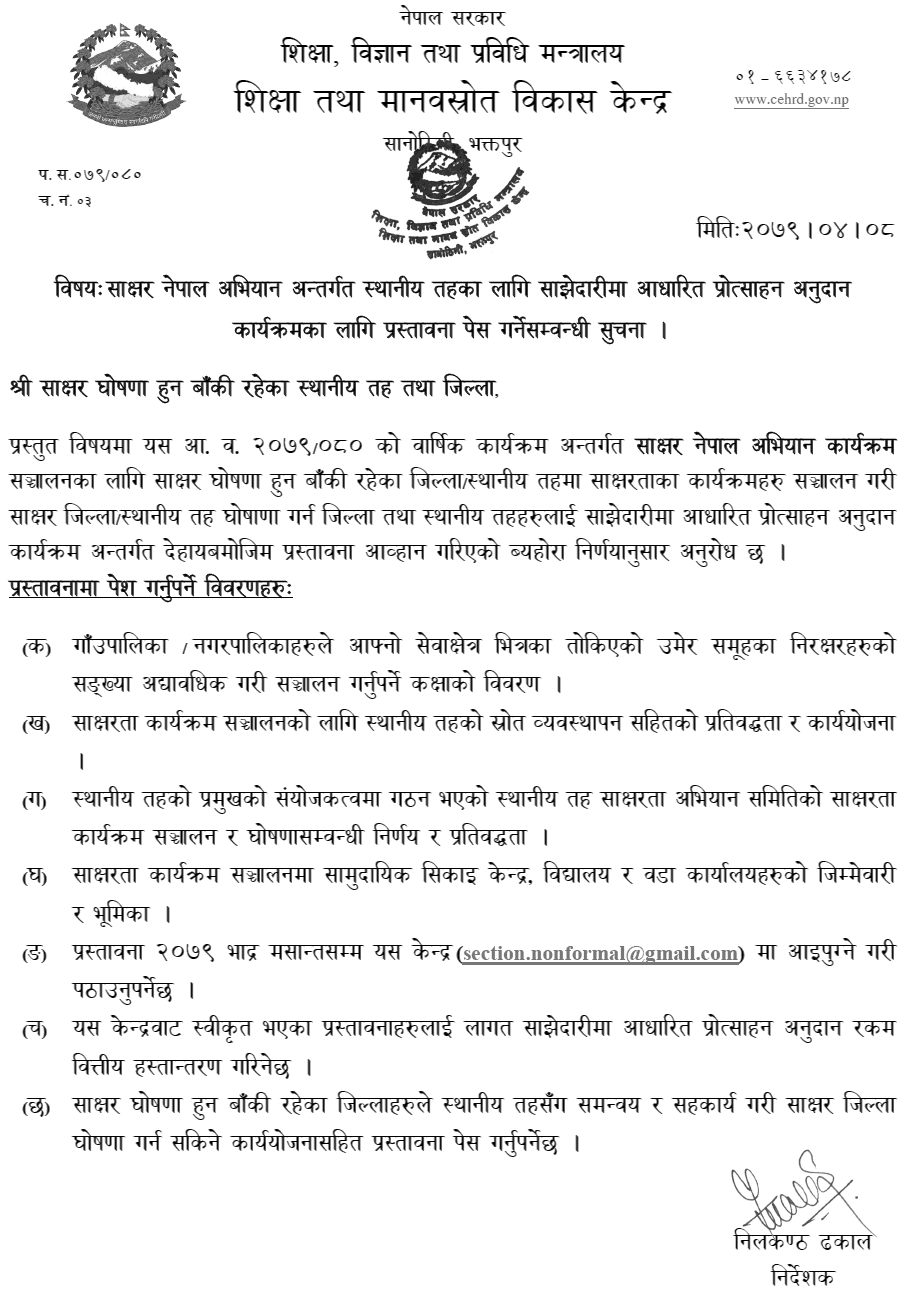 Ministry of Education, Science and Technology