According to the annual schedule of Province Public Service Commission, Gandaki Province, Pokhara, publication of advertisements for sixth, seventh and eighth level technical and non-technical posts and non-category forest guard posts under Province civil service and local government service on the second Wednesday of the month of Ashoj accordingly dated to be published on  2079-06-12. Due to special reasons, the publication of the advertisement has been postponed as per the decision of the Commission dated 2079-06-11 and the advertisement will be published soon after issuing another notification. This notice is published for the information of all concerned. 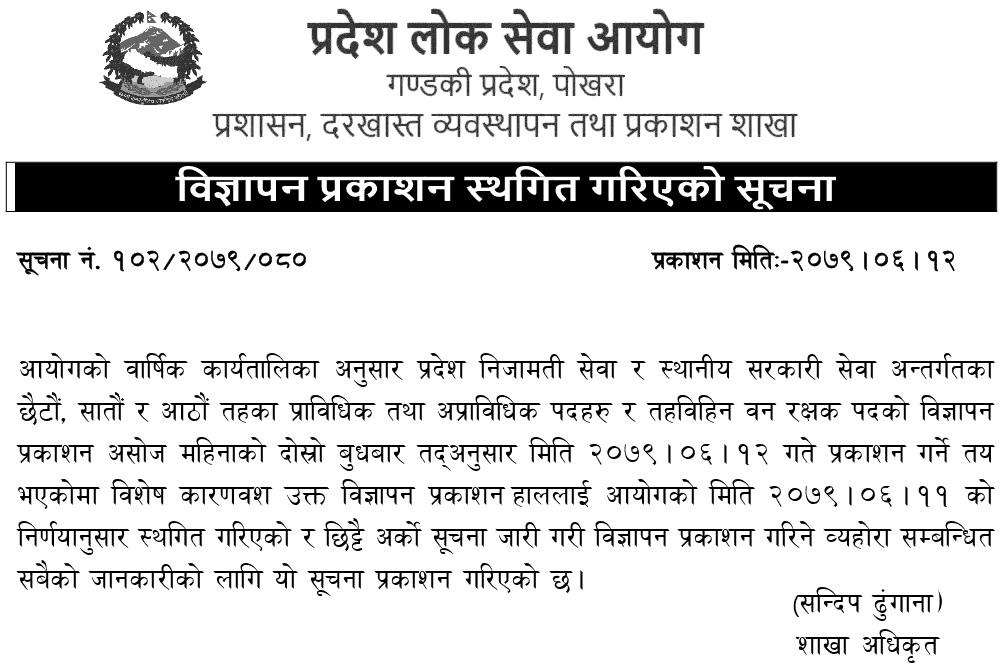 A Commercial Bank in Nepal Vacancy for BM, MT, AT, JT