At the same time, the Police Headquarters has changed the 10 district chiefs in charge of DSP. Tilak Bharti has been sent as Incharge of the Myagdi district. Sunil Jung Shah in Solukhumbu, Kailash Rai in Taplejung, Bishnu Soti in West Rukum and Prakash Dangi in East Rukum have been transferred. Angur GC, working at Bagmati Pradesh Police Office, Hetauda, ​​has been posted at District Police Complex, Lalitpur. 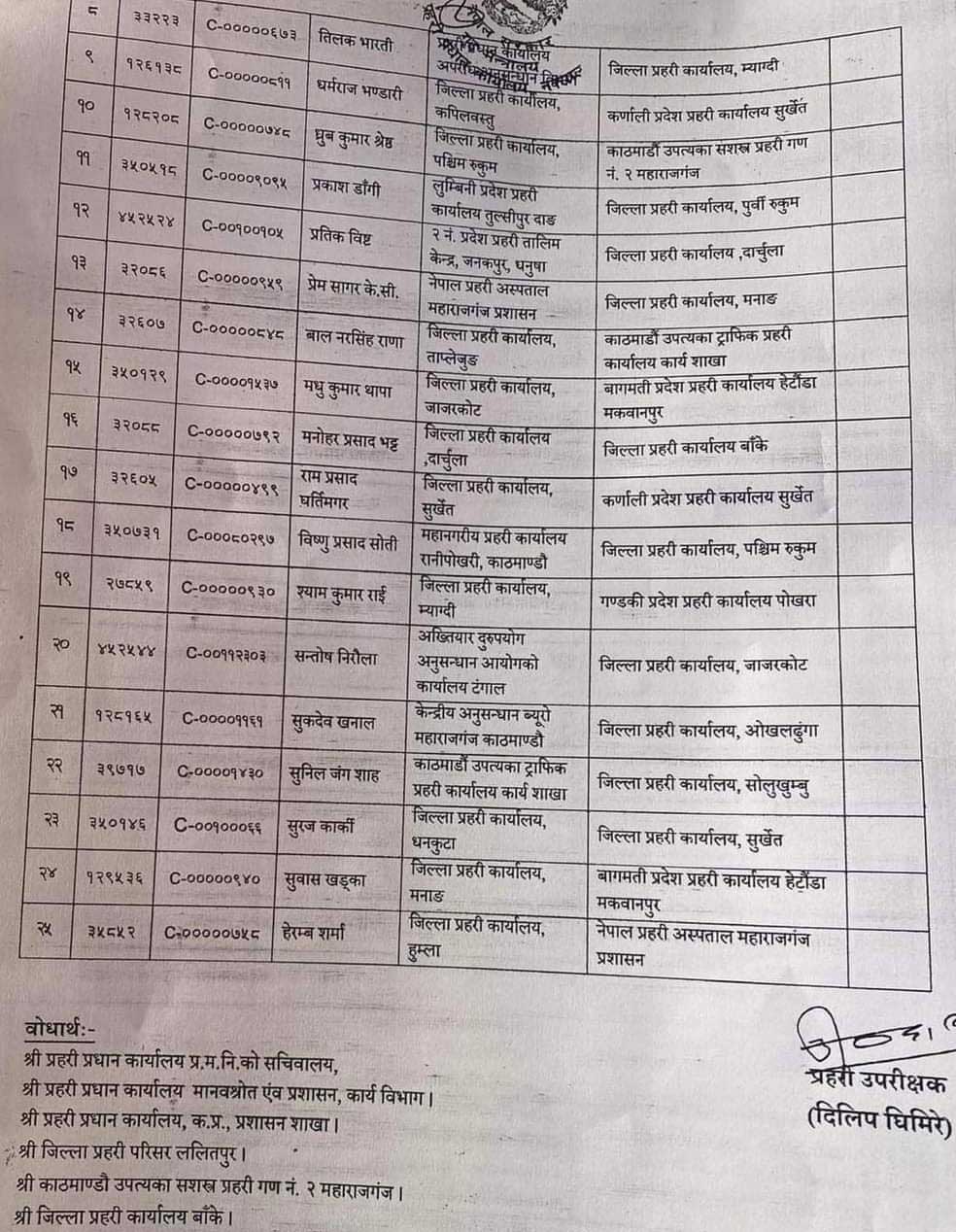