Nepal Police and APF Nepal New Salary Scale for 2079/80: The new salary scale for Nepal police and Armed Police Force Nepal (APF Nepal) has been approved. The Cabinet meeting held on 26th Shrawan approved the new salary scale. According to which the salary of IGP and AIG has reached 72082 rupees (with Grade Rs. 76888). DIG has reached 60,950. Inspector has 43688 rupees and jawan 26 thousand 82 rupees.

There was an attempt to increase the salaries of senior employees up to 24 percent, but finally, as announced in the budget, the increase was only 15 percent. 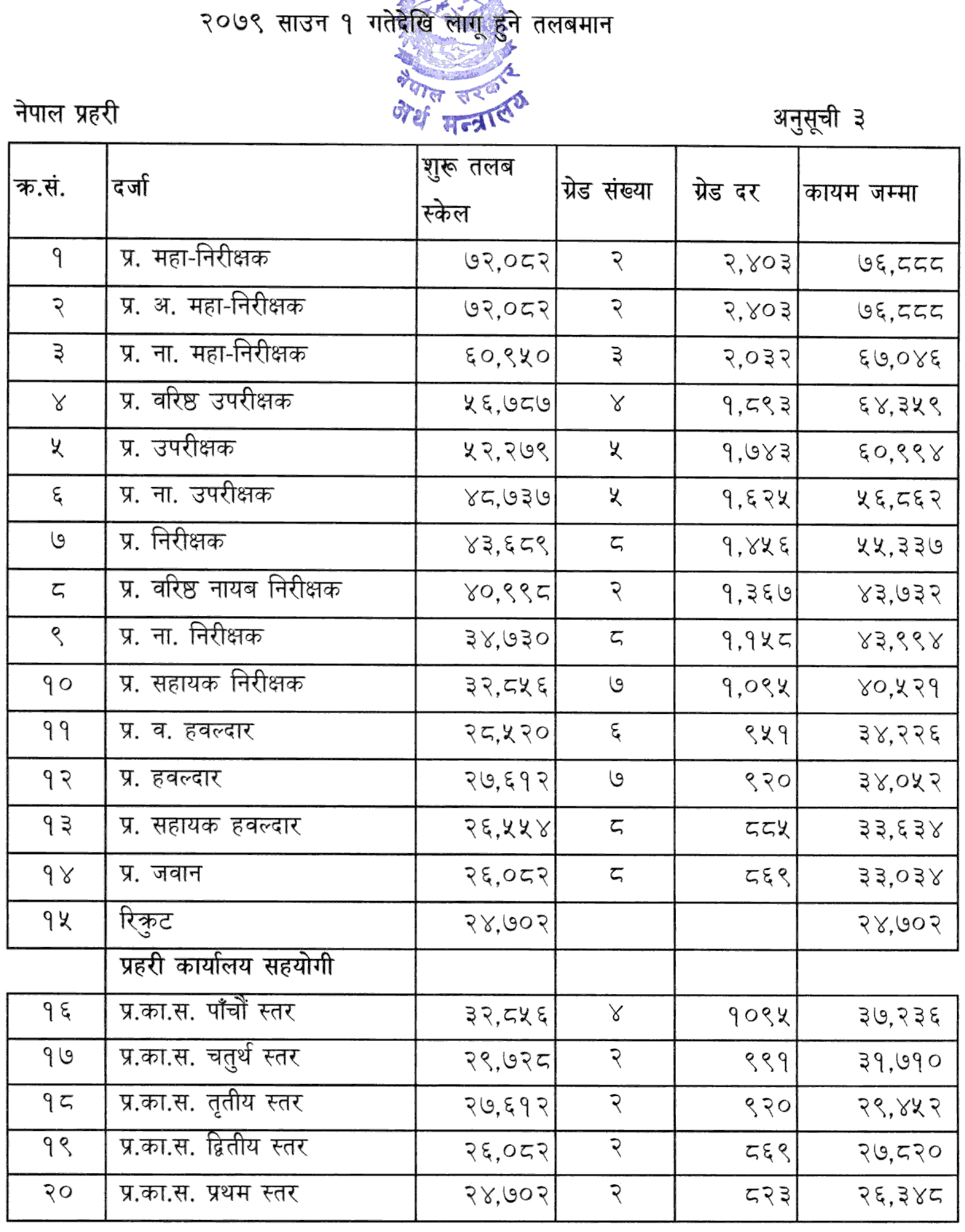 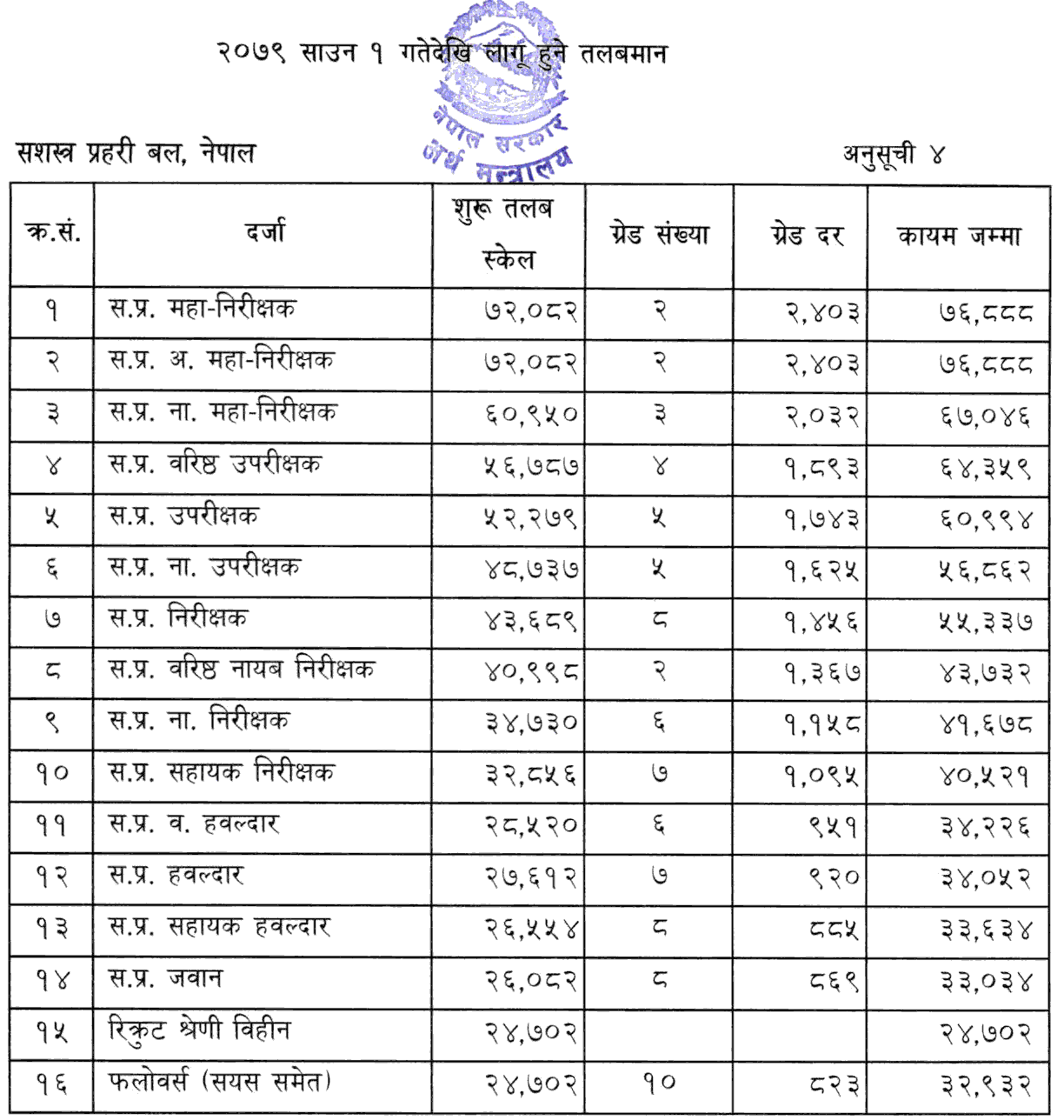