Government of Nepal, Teacher Service Commission, Sanothimi, Bhaktapur: When reviewing the pre-published promotion results regarding the complaint that the promotion list dated 27-27-2079 was published on the recommendation of Government of Nepal, Teacher Service Commission, Promotion Recommendation Secretariat, Dhankuta; As decided by this Commission on various dates, the results of the following districts, levels, categories, and advertisements are found to be as follows; This notice is published for the information of all concerned.

While reviewing the complaint filed in Morang District; As the result has been confirmed below, this notification along with the revised list has been published for the information of all concerned. 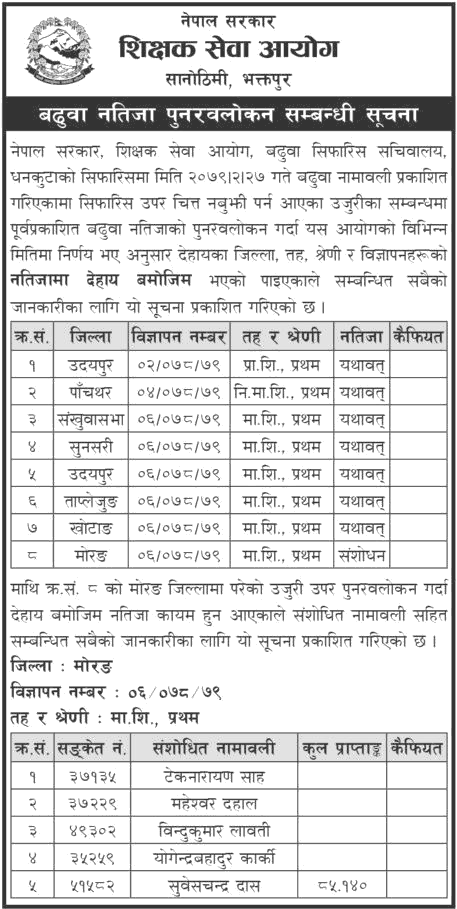